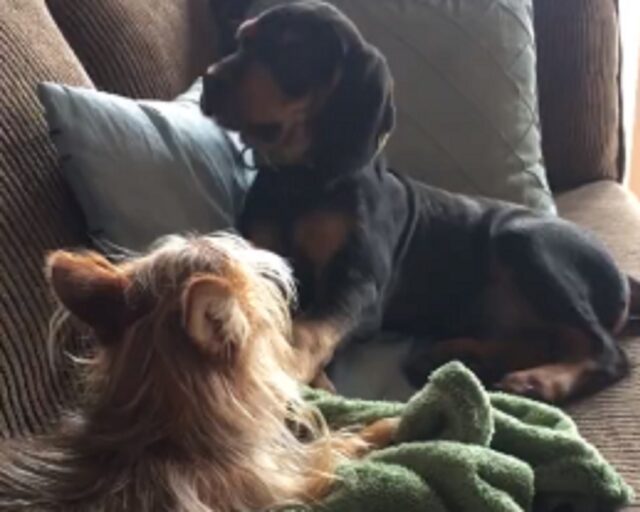 As children, playing games with our friends’ one of the ways to have fun. No matter what kind of game we come up with, everyone’s enjoyment is the most important thing.

Thus, one adorable pup acts cutely in a bid to persuade its older canine sibling to play with it. Yet, it looks like the young dog needs to find a more compelling reason to make its sib change its mind.

In this adorably fun-filled footage, two dogs sit cozily across each other on a sofa. One of the canines’ a black-furred Hound puppy, while the other dog’s a brown-furred Chihuahua-Yorkie mix. 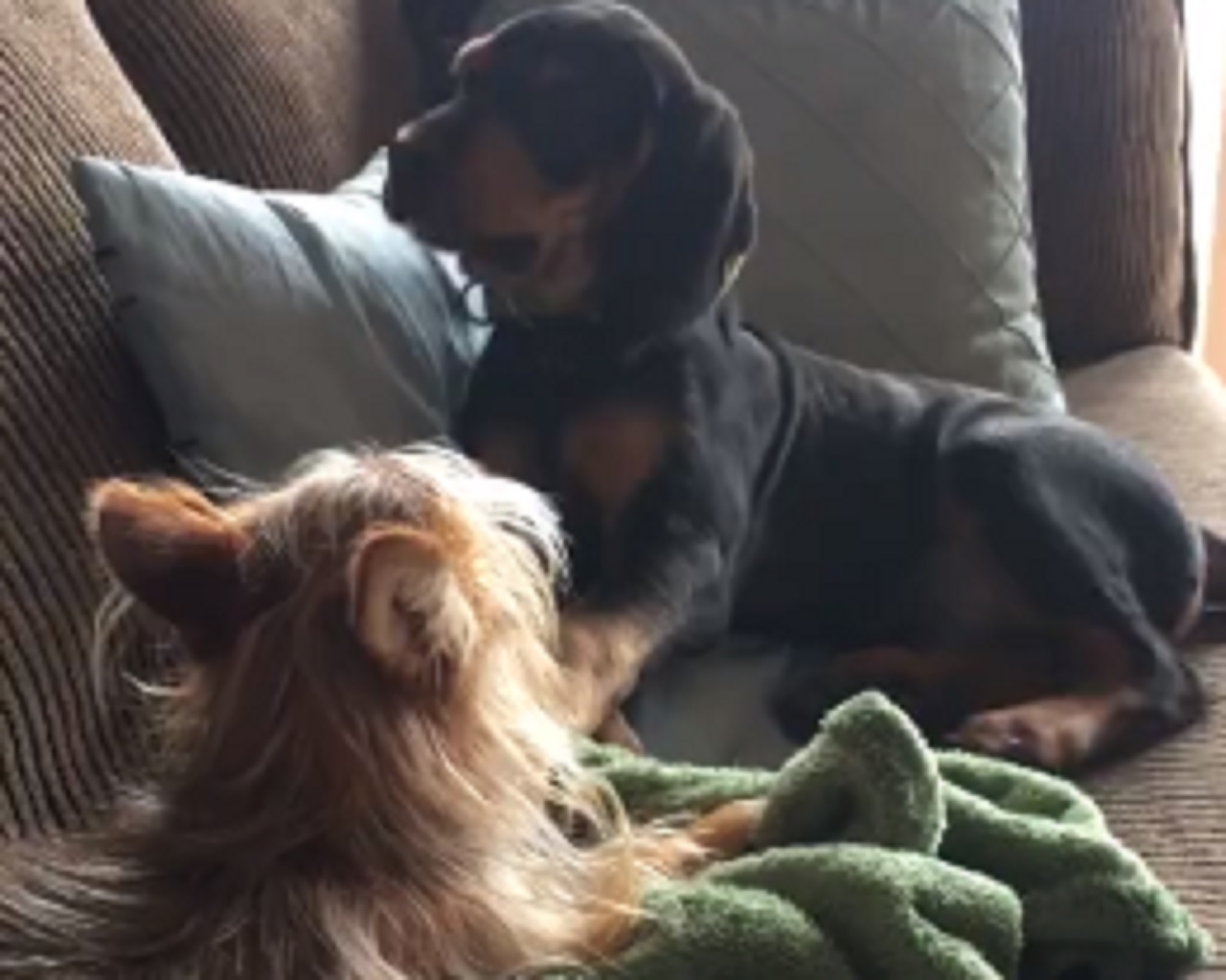 Though the two dogs come from different breeds, they seem to peacefully coexist with each other as none of them push the other off the couch. Yet, the energetic pup wants to do something fun with the Chorkie as it soon gazes at its direction.

The perplexed Chorkie then stares at the puppy, silently asking what it wants. Most dogs by now would’ve started yapping to gain their companion’s attention, but the Chorkie patiently waits for its two-month-old sibling to spill the beans.

A few tense seconds passed, the Hound merely stares in the Chorkie’s direction. But, the pup can no longer keep its anticipation longer as it soon extends its paw towards its two-year-old sibling. 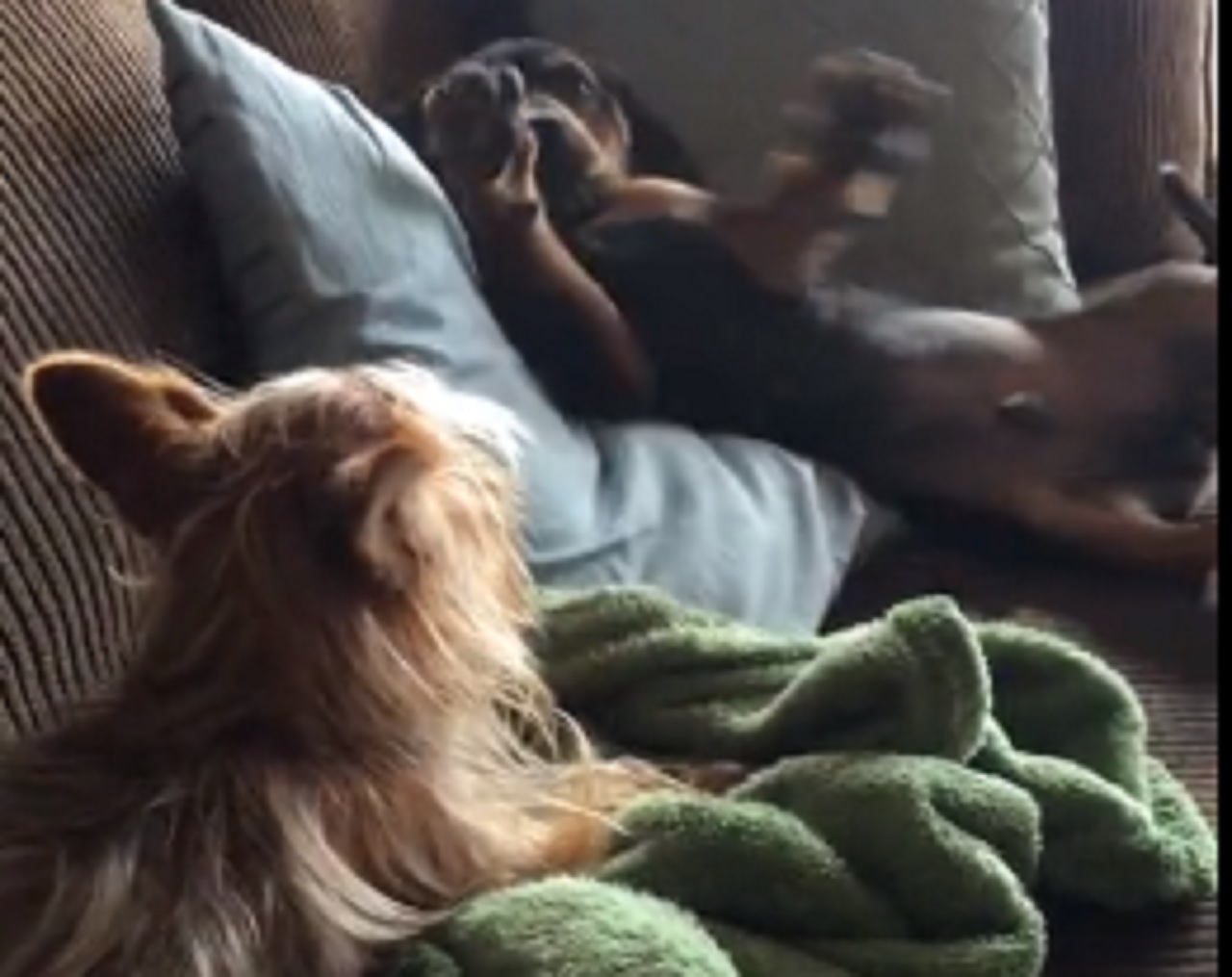 Before the Hound could entirely place its paw on its sibling, the Chorkie lashes out, ultimately startling the young pup. Thus, the astounded puppy accidentally topples over onto the fluffy pillows.

By the looks of it, the young Hound wants to play with the Chorkie. Yet, the pup didn’t anticipate its sibling’s reaction as it ultimately fell back from fright. If you plan to view this adorable duo’s action-packed dialogue, click the linked footage below.