Home Dog Pics A Touching Story Of A Man Who Pulls A Wagon With His... 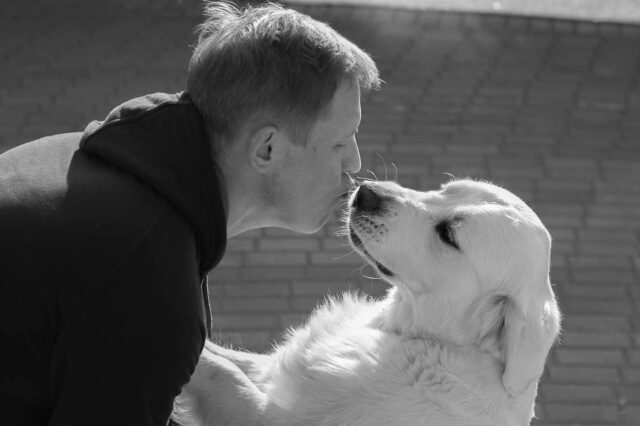 One fur dad from Nova Scotia, Canada, doesn’t mind giving his paralyzed dog a taste of nature while riding on a wagon.

A man named Bryan Thompson first saw the man and his dog during his daily walk at Shubie Park. Bryan saw the man walking through the snow while pulling a wagon behind him. Bryan got curious, so he observed more. He saw a dog riding the wagon wrapped in blankets to keep her warm. 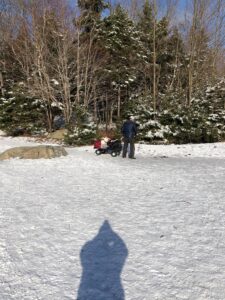 Bryan was touched by the gesture that he couldn’t help but ask the man about his story. He approached the man to ask why was his dog on the wagon. The man said that his dog was suffering from amyotrophic lateral sclerosis (ALS). ALS caused paralysis in dogs. The dog couldn’t go up on her own that was why he was helping her. 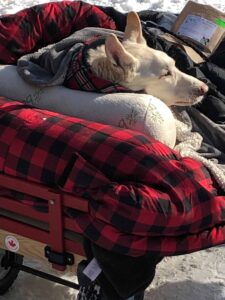 The man had made sure that his dog would still get a daily dose of nature walks; that was why he made the wagon cozy for his beloved dog. The man wouldn’t want his dog to miss any outdoor adventures just because she was paralyzed. 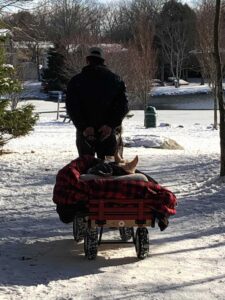 Bryan felt emotional after hearing the man’s story. He was awestruck at the kind of relationship the man had with his dog. He also learned a valuable life lesson about the man and the dog. Bryan said that dogs, despite their disability, should still be treated with love and care.

Bryan was compelled to share the man’s story on Facebook. He asked permission from the man if it was okay for him to post it on social media. The man agreed on the condition that his identity wouldn’t be revealed.

Bryan said that the man’s story is worthy to be shared with the world because our dogs would also do the same act of kindness and love to us when we need it.