We are all familiar with animals having abilities to camouflage and being able to blend well with their surroundings. But, have you heard about dogs having this ability? Well, these two French Bulldogs from Lincolnshire accidentally camouflaged with the couch in their new home. The adorable pups are the latest to go viral, and people from around the world are falling in love with them.

When Tina Grantham brought their two new French Bulldogs, Rocco and Vinnie, she never realized they’d match the couch until they got home. She explained that the couch they have at home is a plush velvet one with dark silver and grey tones. And since both Rocco and Vinnie have black/dark grey coats with white spots, they blend well with the sofa and cushions. So Tina, her family, and their guests have to be careful not to accidentally sit on the pups while they are lounging. 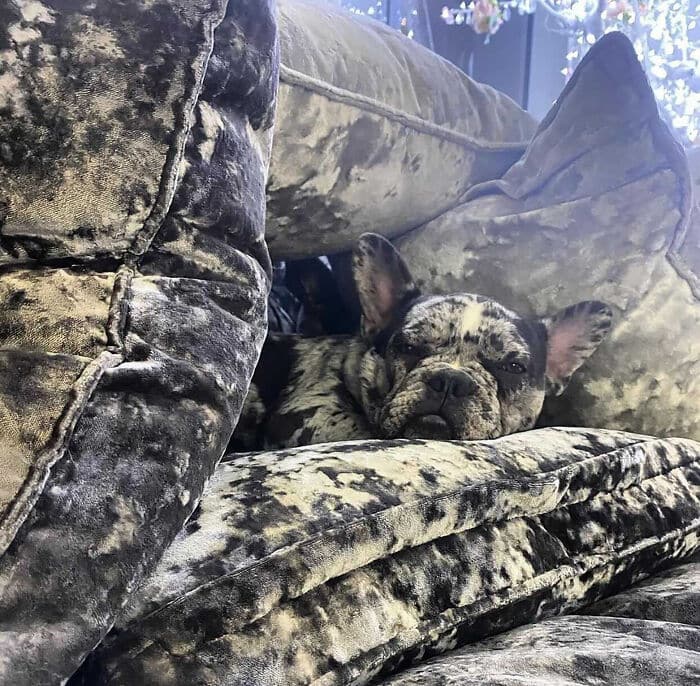 Anyone who wants to sit on the couch now needs to check for the pups to make sure they are not being disturbed. Tina explained that the two pups don’t realize that they camouflage with the sofa and they love resting and hiding behind the big cushions. Thus, it’s a bit hard to spot them at times. As such, it’s the humans who needed to adjust and accommodate the adorable pets. 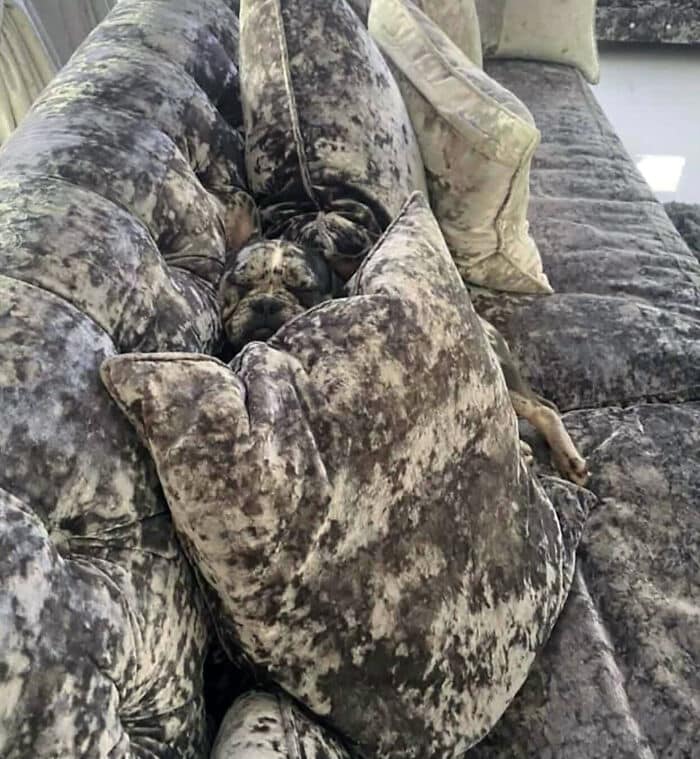 Originally, the Granthams were planning to adopt just one more puppy since they already have one at home. But, the kids fell in love with both Rocco and Vinnie and it was a hard decision to choose which one to take home. In the end, they decided to get both bulldogs and Tina said it’s the best family decision they’ve ever made. Rocco and Vinnie are both loved and adored by the kids. 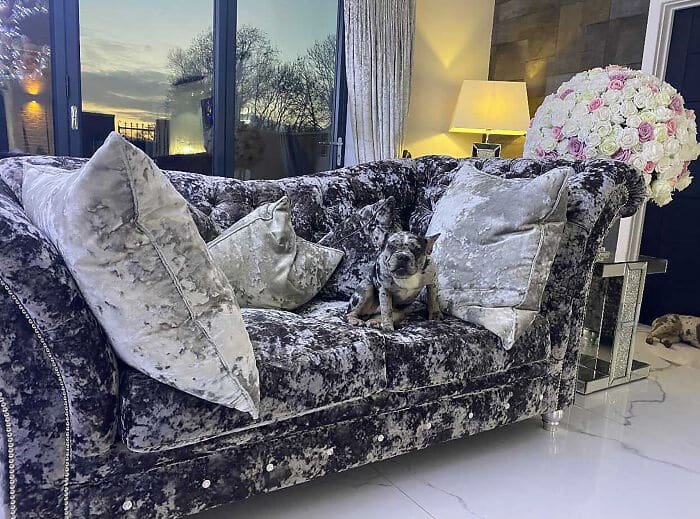 Meanwhile, Tina loves taking photos of the bulldogs and she’s glad that people are giving positive reactions. People have been sending comments of love and appreciation to the puppies. The fact that they match the couch has made the headlines in the last month.

Thanks to YFunny on Facebook for sharing this adorable story!