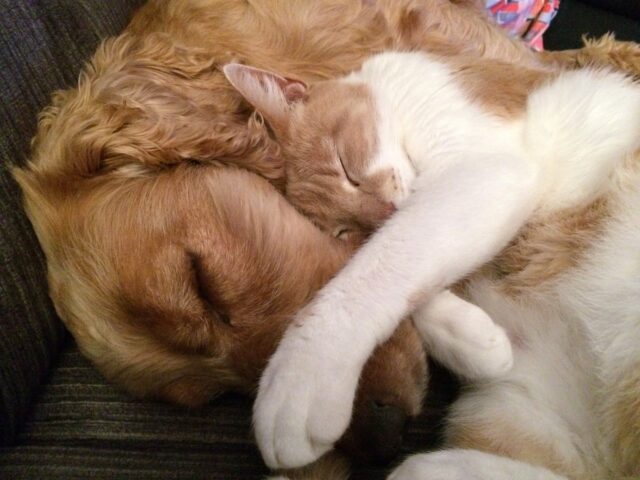 The love-hate relationship among dogs and cats? They do not know that.

A dog was spotted nursing a kitten in an exceptional moment captured by one villager in a remote village situated in Nigeria. Watch the touching video below.

It's a most unusual sight: a kitten was spotted feeding on milk from a nursing dog in a remote village in Nigeria pic.twitter.com/imbyssZzvO

Netizens cannot help but express their heart-warming emotions in this rare scene. The Twitter post has now gone viral, showing that netizens were deeply moved by what they saw. It now gained almost a million views, more than five hundred retweets, more than two thousand likes, and flooded with comments of appreciation for the dog’s good deed.

In the video, the dog sleeps while letting the kitten feed milk on her. She allowed the kitten to ease her hunger even though she seems tired and exhausted. It feels uplifting that the dog did not react violently while the kitten feeds. She stays calm and peaceful until the kitten finished.

One Twitter user said that finally,  the two ancient enemies found peace. She refers to the known feud between the cats and dogs. Another also said that the clip reflects how wise nature is. She added that humans should learn from this through adopting humbleness.

The scene is also comparable to a mother’s love, one that is given willingly without hesitation. A netizen guessed in her comment that maybe the kitten longs for a mother’s love. It must have been a while since she last felt nurtured. In the kitten’s luck, the dog saw the kitten’s need for care and wholeheartedly give it.

The video speaks kindness among everyone. The dog and cat did not let the differences between them be a hindrance in forming a relationship.

Humans should take inspiration in this act. If animals can show goodness to other animals, then we can too.