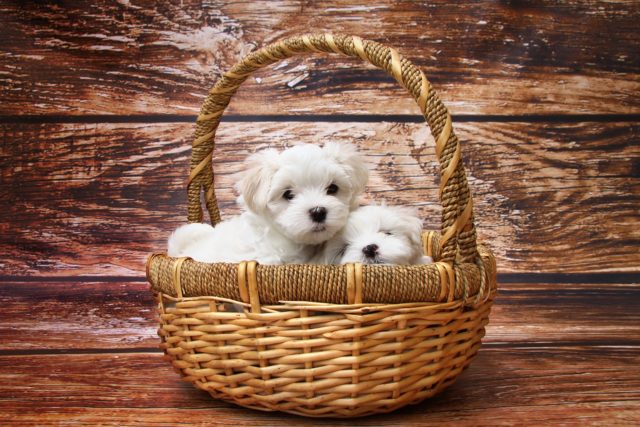 Courtney Gessford was living her life until she was diagnosed with a cancerous tumor in her brain almost four years ago. As a result, she had undergone brain surgeries and radiation treatments. Now at 28 years old, Courtney is undergoing chemotherapy and still suffers from migraines caused by the lemon-sized tumor in her brain. Indeed, life was tough for Courtney, but amidst the pain and the treatments, she found her strength in the family dog, Clyde.

Courtney, despite her condition, remains strong, because she’s surrounded by loving friends and family. Knowing that Courtney adores dogs and puppies, Maris Loeffler, one of Courtney’s dear friends, was determined to treat Courtney with a surprise, by which she named “the puppy ambush”. But organizing that surprise wasn’t easy.

First off, it took Maris over a year of planning. All she wanted was to gather pups in one location to surprise Courtney, but Maris requests were met with several refusals from local dog breeders. Determined to make the ambush surprise happen, she met with the Front Street Animal Shelter’s Ryan Hinderman, who was also enthusiastic about the idea. And together, they made things happen.

On January 7, Courtney was driven to the dog shelter with a blindfold and some headphones on and was assisted by Maris. When they were at the shelter, Courtney realized that she was smelling something familiar – possibly dogs. But when her headphones and her blindfold were taken off, she was completely surprised with what she saw – puppies everywhere!

Courtney was in so much joy that she cried. Possibly unknown to most people, but it has always been Courtney’s dream to be surrounded by cute puppies, and Maris had gone out all the way to make the former’s dreams a reality. The puppy ambush was indeed successful. Watch it happen by pressing the play button below: