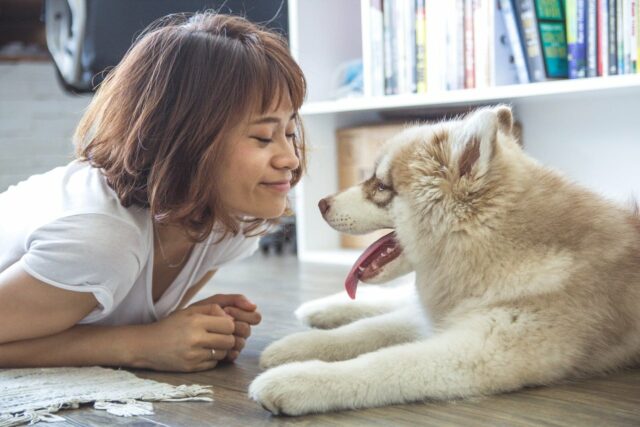 Some diabetic people rely on their service dogs when it comes to effectively watching over their health. But who would have thought that some dogs have a secret motive behind their willingness to help?

Abbey Karnes, a diabetic woman, once asked her service dog Darby to get her some juice because her blood sugar is low. The earnest pup did what she was supposed to do, and Abbey was very pleased. Darby, on the other hand, was so eager and enthusiastic that she decided to get her mom a second bottle of juice.

Well, it seemed that Darby wanted to earn extra credit.

Is Darby worried about her mom?

Darby was probably worried about Abbey’s low blood sugar, and she thought that her mom could use some extra juice. Or it was possible that she had an entirely different motivation for getting all the juices.

Abbey uploaded to TikTok a video of Darby giving her another bottle of the sugary drink. In the caption, she said that Darby was trying to see if she could get more treats after giving Abbey more juice than she actually needed.

In the same video. Darby came to her senses and realized that her mom wouldn’t give her treats. So, she stopped giving juices. Nevertheless, the kind dog decided to stay right by Abbey’s side just in case her owner had a change of heart.

Darby’s video on TikTok proved to be popular. Currently, it has been viewed more than 1.1 million times. It also received more than 286.4K likes, 7.2K shares, and 3K comments.

A lot of people were entertained by Darby’s antic. One commented that Darby was just worried, so she recommended that Abbey showed the dog that she was drinking the juice. Another said that the dog was just giving the woman options. A third remarked that Darby was offering aggressive caregiving at its finest.