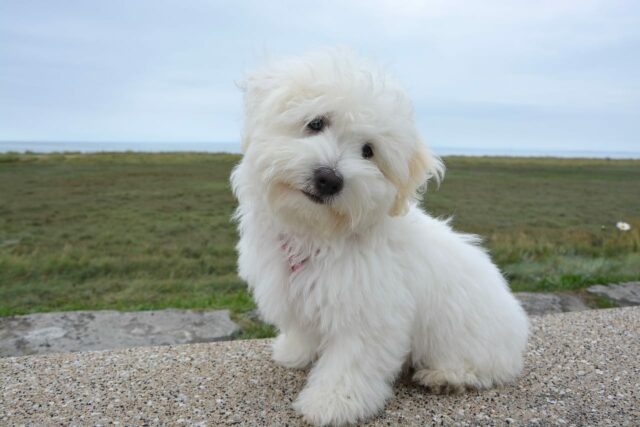 Pani was rescued in Iran and brought to the United States to be rehabilitated. The M.R.T Dog Sanctuary explained to Tedi that Pani had a broken back which made her incapable to walk or move her rear legs. Despite not knowing how to take care of special needs dogs, Tedi accepted.

On Pani’s first day in her new home, she spent the day hiding from her foster mom. It was evident that Pani didn’t feel safe yet but Tedi was determined to everything she could to help.

Pani didn’t let herself sleep and forced herself to stay awake even if her eyes kept closing. It was evident that she had a rough past and she was being cautious. Pani also had destructive behavior. She would chew and bite at every little thing she saw.

Luckily, Pani’s destructive behavior went away when she received her wheelchair. The aid gave her the confidence she needed.

Tedi contacted a professional to help rehabilitate Pani. Pani would go swimming and try to walk with a harness lifting her body to strengthen her muscles.

It took about three months before Pani truly felt safe in her foster home. She finally stopped biting stuff and began to sleep and cuddle with her foster mom.

When the dog sanctuary saw Pani’s development, they decided that Pani was finally ready to find her forever home. Tedi immediately applied to adopt Pani since she grew to love the dog.

Tedi and Pani were the perfect match and they did everything together. After everything that Pani had been through, she finally had a good life with a mother that loves her.