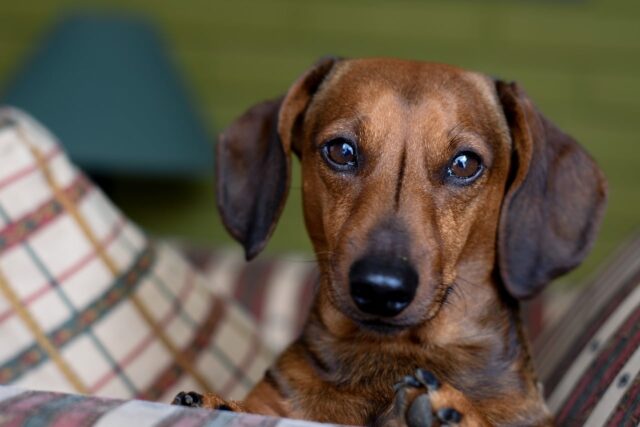 Margo the Labrador and Pepper the Dachshund are adopted siblings. And like most siblings, rivalry between the two is not uncommon, especially when it comes to their toys. Margo has the upper hand most of the time and gets the toys only because she is significantly larger than Pepper. But let’s not discredit the tiny Dachshund just yet, as he still has some tricks up his sleeve.

Pepper’s cleverness and craftiness despite his size are evident in this featured video. Margo has taken hold of Pepper’s favorite chew toy in the video, which is a rubber duck. No matter how hard Pepper tries to take the toy from his sister, she just wouldn’t share it with him. And so, Pepper thought of a way to take the toy without having to deal with Margo.

Pepper pretends to sleep while Margo is busy playing with the toy, hoping Margo will let her guard down when she thinks he is asleep. Finally, Pepper’s patience and cleverness pay off. Thinking that Pepper is already fast asleep, Margo let go of the toy duck to deal with an itch on her leg. Once Margo is distracted, Pepper then hops up and snatches the toy away from Margo.

Alas, Pepper’s victory was short-lived as Margo immediately shifted her attention to Pepper. Upon seeing Pepper grab the toy, Margo steals it back from him, and Pepper is once again left with nothing. Poor doggo. But as they say, persistence is the key, and we’re sure that one day, Pepper will be able to play with his chew toy again.

Watch Pepper, the sneaky Dachshund, in the video below as he fools his sister into thinking he is fast asleep when all the time he is just waiting for the opportunity to grab the rubber duck from his sister.