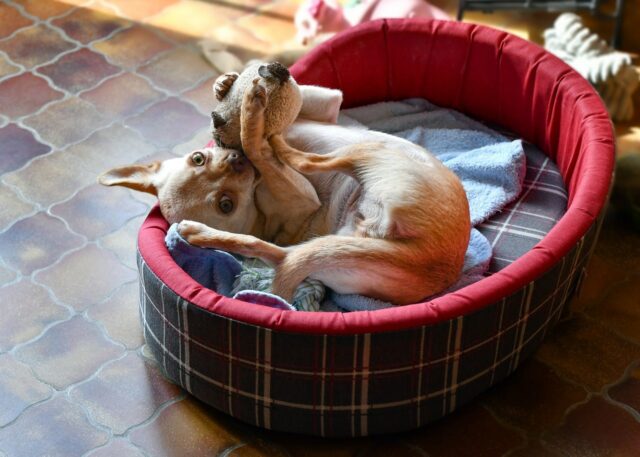 The staff and volunteers of a nonprofit dog rescue group were going around high kill shelters to collect rescue dogs. The Community Animal Welfare Society (CAWS) wanted to give them a second chance in life. Once they are taken away, they will be put in foster homes where they will stay until a suitable and loving family is found for them.

Most of the dogs were happy to be taken out of their shelters and moving into a more comfortable and loving place. But one dog, a chihuahua mix, doesn’t seem to get that it was a good idea.

When they were taking her out of her kennel, she started wriggling and whining. She was scared of the humans and petrified of what was happening.

She eventually broke free from the volunteer that was holding her, and when her tiny paws touched the ground, she bolted away quickly. Around 15 people chased after her, but she was just too fast for them. She zipped through alleyways and parking lots. And soon, she was on a ramp heading towards the highway.

Dog on the loose

After a while, the Utah Highway Patrol was receiving reports that a small dog was running on the freeway. the roads were icy at that time, and having a dog running loose is dangerous for everyone on the roads.

The best and safest solution was to close the highway. The troopers immediately went to the area and cleared the roads. One of the officers saw the pooch, who was then cornered near a wall. The officer then got down from her vehicle and slowly approached the runaway pup, she didn’t want to scare the poor pooch any further.

She eventually got her on a leash then carried her away using a blanket. Amazingly, the dog relaxed once she was in the trooper’s arms. She was then turned over to the staff and volunteers of CAWS.

Everyone was grateful for the help that the Utah Highway Patrol extended. They didn’t think that they would actually close the freeway to save a little shelter dog’s life. But apparently, they are all kind dog lovers that would go beyond their duties to help those that are in need. 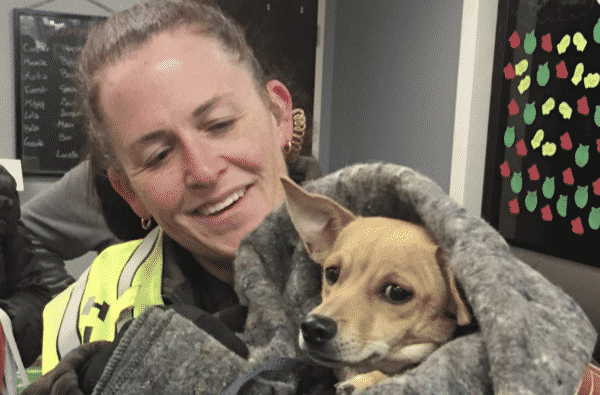 Retired Police Officer Discovered A German Shepherd By The Side Of The Road, And It Turned Out That The Dog Had Been In A...