Home Happy Dog Stories This Puppy Found In A Vacant Lot With Half His Body Stuck... 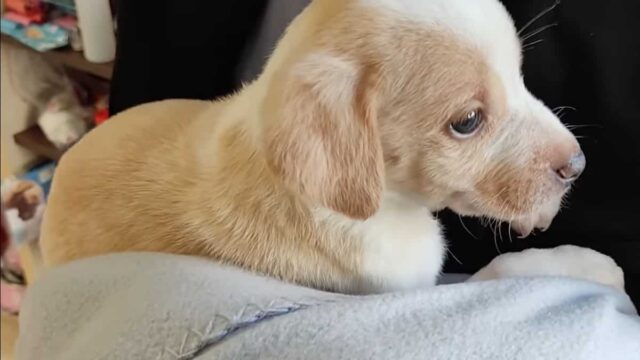 For three days and three nights, neighbors listened to a puppy’s relentless screaming. They knew he was somewhere in the neighborhood but they just couldn’t find him. Their community was just too big to search for a little puppy in distress.

Eventually, kind neighbors agreed to seek help and called Paw Squadron, an animal rescue group from the Balkans region. Rescuers drove for more than 250 miles to get to where the puppy was and spent an entire day searching. Like the locals, they had a tough time looking for the puppy. 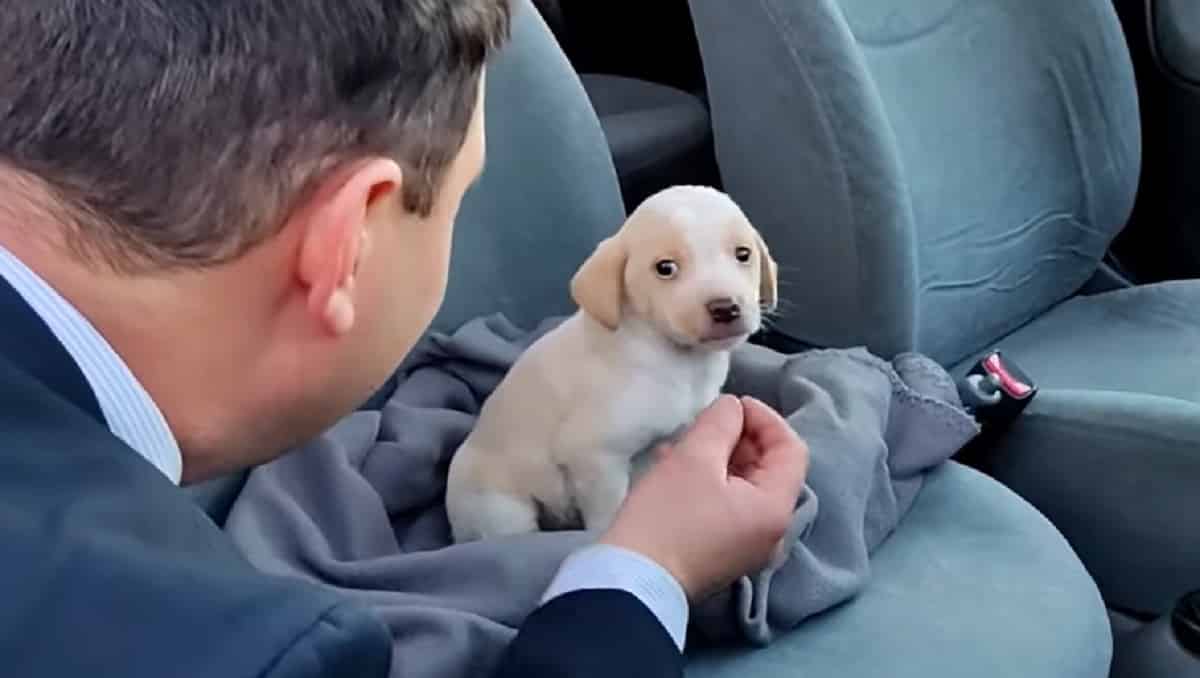 Before sunset, the rescuers finally found the poor puppy. He was in the middle of the abandoned lot. With half his body stuck inside a trash bag, he was unable to move. He just cried and screamed.

The rescuers freed the little puppy and then gently scooped him up. They gave him some water and then offered him treats. And once they were certain he had enough energy to travel, they started their 6-hour journey back home. 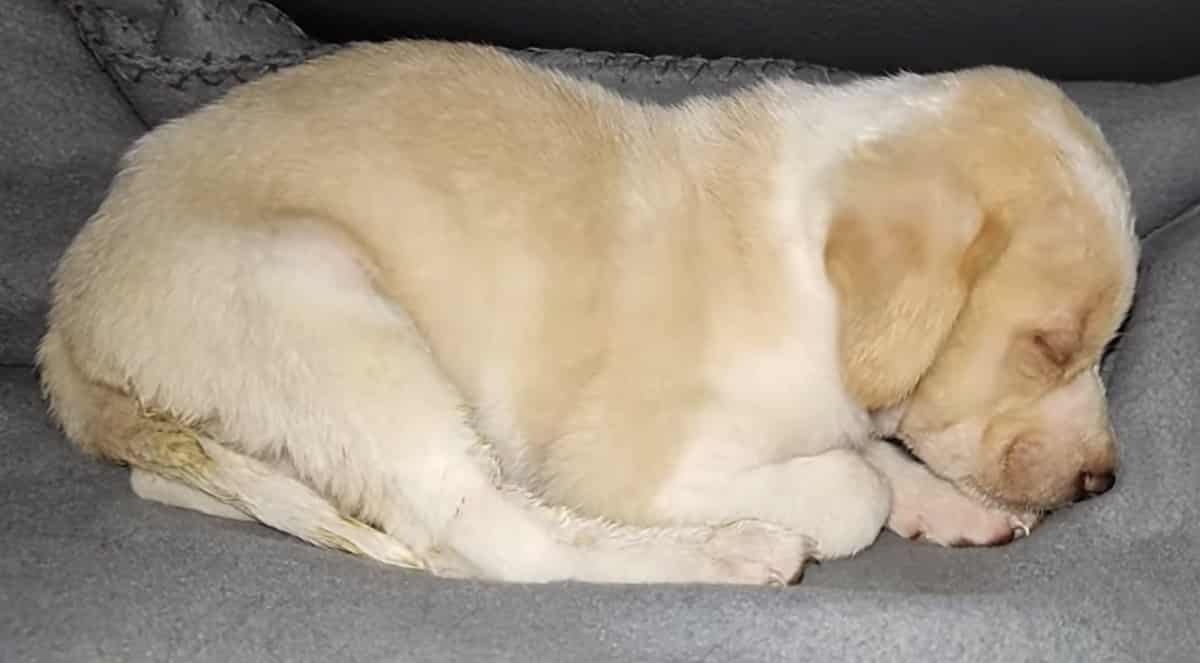 The puppy, now called Miracle, trembled because of extreme fear. It took him a while before he grasped that he was finally safe. He was dead-tired and he wanted to sleep but he didn’t because he was unsure of what was happening. But after about an hour, he eventually felt safe and fell asleep.

Miracle was covered in his own poo and hundreds of fleas swarmed his little body. He was incredibly filthy and needed a thorough wash. It was probably his first bath and he enjoyed it so much. 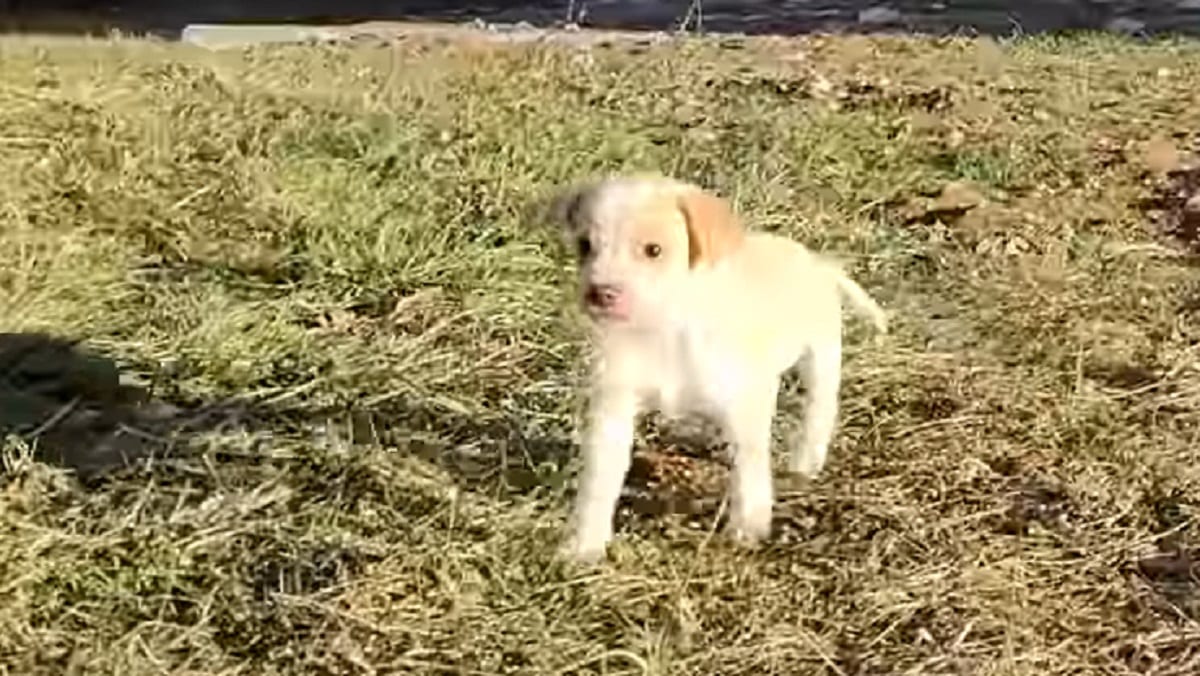 Barely two months old, Miracle was incredibly young. He needed extra care but he was alone for a few days. He had no one to look after him, not a human and not even his own momma dog.

Miracle is now in good health and he is ready for his own home. To adopt him, contact Paw Squad right away.