Home Happy Dog Stories One Man Attempts To Save Puppies That Have Been Playing Hide And... 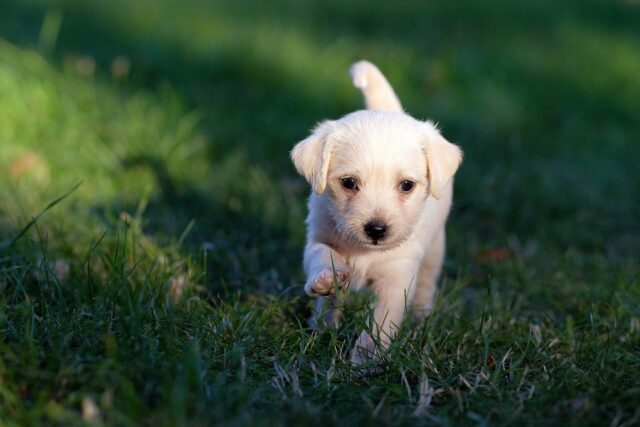 Stray puppies can often squeeze themselves into hard-to-reach spaces. This makes them harder to rescue, and animal rescuers often have to put a lot of effort to lure them out. Dog rescuers simply can’t wait for puppies to outgrow their hiding places, so they have to think of creative ways to extract them. This is a story detailing a similar struggle.

Two puppies called Geomdoong and Noorung are well-known strays in a particular Korean town. Both of them live inside separate and empty drainage pipes. They would only come out of their hiding place when they were hungry and felt safe.

Geomdoong and Noorung love to explore their surrounding as long as no human is nearby. They would sneak out of their hiding holes and steal any food they could from nearby homes. This has been their daily routine, and the townspeople are well aware of their theft.

Despite being a major nuisance, some townsfolk genuinely want the two puppies to get rescued. An example is a young girl who kept feeding Geomdoong and Noorung daily. Unfortunately, even if they were shown great kindness, the puppies never allowed anyone to come too close to them.

One day, an elderly man in town had enough of the puppies’ antics. He wanted to stop them because they were leaving a mess everywhere they went. The man started a simple trap out of everyday items he could find.

The old man was determined and confident about his plan. Yet the trap he made was crude and looked frail. One of the puppies approached it yet managed to evade it when the man tried to spring the trap. After that incident, Geomdoong or Noorung never fell for the same trick again.

It became harder and hard to catch the puppies after the incident with the old man. Will the townspeople find a way to earn the puppies’ trust? The next part of this story can be seen in the video linked below.