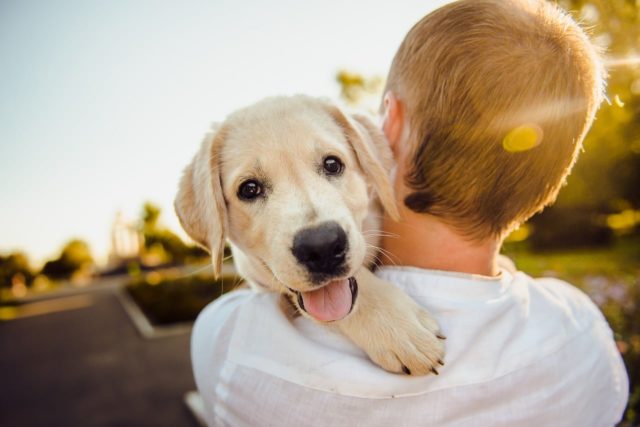 A dog who wore a mini suit and tie for this groom’s wedding proved that aside from being man’s best friend, he could also be a best man. Christopher McCaron and Margaret Allison had a civil wedding ceremony in North Lanarkshire, Scotland. Their Rottweiler, Jack, tagged along as their best man as they tied the knot.

It was a very fitting gesture, considering that Christopher and Margaret met each other at a dog-rescue center. The pup sat throughout the brief ceremony in his best behavior, pausing only to sneak a sneeze while Christopher said ‘I do’. The sentimental day seemed to have left a mark on Jack. His owner says he looked very happy and seemed to enjoy the day with them. 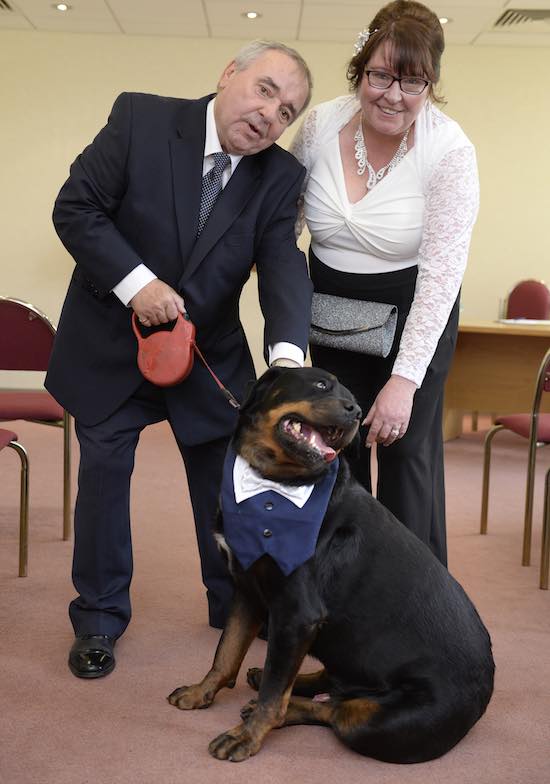 McCaron adopted Jack after the passing of his own son three years prior. He got a dog in the hopes of getting some help in dealing with the grief that the event brought upon him. Jack won him over in an instant. He was in the local animal shelter for about nine months.

McCaron met his bride while taking Jack out for a walk and came across Allison. The pair bonded over the dog that they now consider as a part of their family. 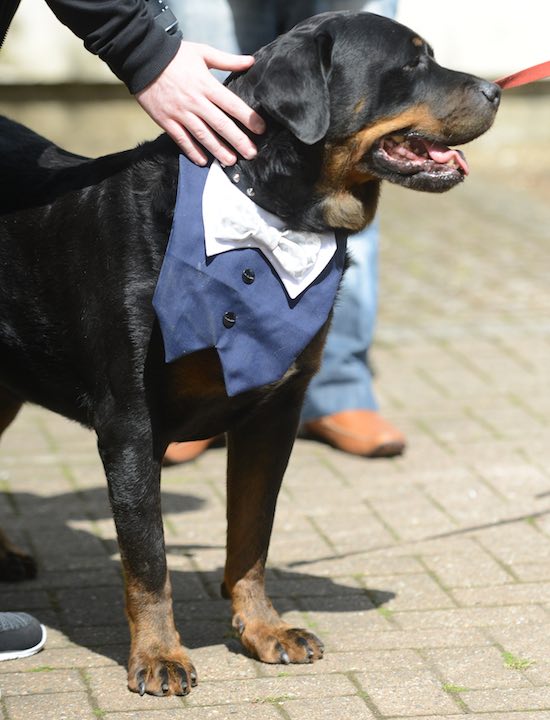 Jack spent the majority of his life as a guard dog and has been sheltered in a kennel. When McCaron adopted Jack in 2015, he was advised to not let the pup play with other dogs. The couple, however, decided that Jack should be given an opportunity to since his breed had an unfairly negative reputation.

McCaron and Allison got along over their mutual love for dogs. They both witnessed how much Jack had grown after he has been given a welcoming home. McCaron expressed his happiness with his own family of three.