Home Happy Dog Stories Rescue Dog Was Terrified Of Everything Until His Foster Dad Showed Him... 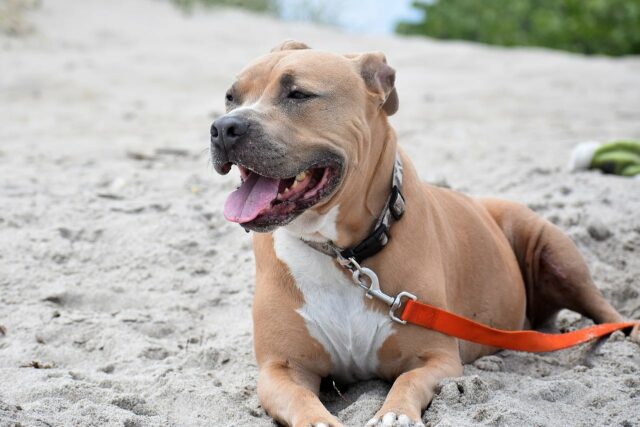 For a lot of rescue dogs, the world is a scary place. These dogs have lived as strays and don’t know what it’s like to have a family. Some of them were owned by bad people who abused and neglected them. These dogs also show emotional scars and distrust towards every person they meet.

A Pit Bull named Cody did not trust humans at all. He was fostered by a kindhearted man named John, but he was terrified and just wanted to run away. When John tried getting Cody in his car, Cody chewed on his leash. He pulled on it to free himself from the leash and run as far away as possible from people. However, John knew that Cody just needed to experience what love felt like.

John really wanted Cody to succeed and promised that he would do everything to help Cody. He gave Cody all the time he needed to decompress. John knew that he needed to work and be extra patient with Cody before Cody was encouraged to come out of his shell. Although John knew it would be a challenge to help Cody, he didn’t give up on him. 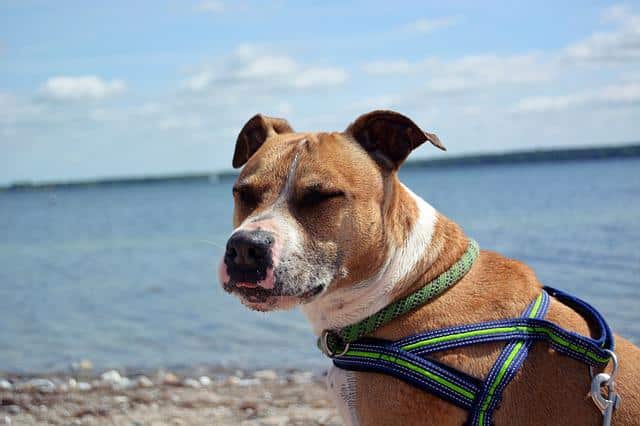 It took John ages to convince Cody to come out of his room on his own and follow him into the backyard. There was even a time when a cardboard box terrified Cody. When he saw that box on the way to the backyard, he froze, and his tail was between his legs. John even had to put a leash on Cody and accompany him to get across the cardboard box to let him know that everything would be alright.

It took a while, but Cody started to show trust in John. It began with a simple gesture, like following John wherever he went without a leash. Cody realized that being part of a family isn’t so bad. Over the next few days, he started to come out of his shell and show his gentle personality. He even made friends with other dogs.

Eventually, Cody improved so much that he was finally ready to go to his forever home. Although John admitted that he was going to miss Cody, he’s proud that Cody will finally be a part of a real family. John expressed his happiness to be a part of Cody’s life.

Cody’s new family is amazing. They welcomed him into the family, and the children fell in love with Cody as soon as they met him. Here’s a video featuring Cody’s transformation and how John helped him gain confidence that allowed him to trust humans again.