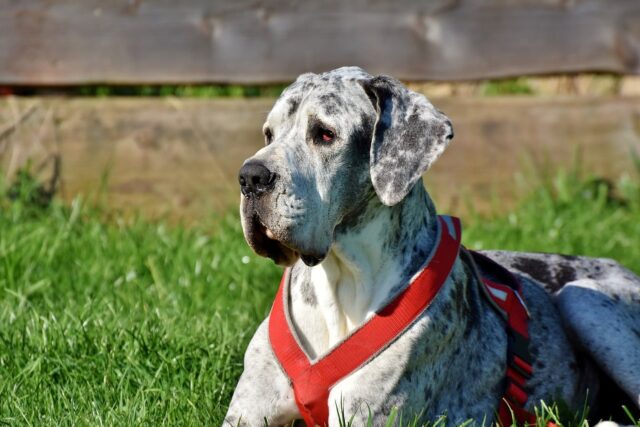 Delivery drivers have hearts of gold!

One day, UPS driver Gavin Crowsley was doing his usual job when he saw an emaciated dog on a short chain. It was obvious that the dog was left to die because there was no food nor water provided to him. Gavin didn’t hesitate to make a stop to help the dog. He released the dog from its chain and brought the dog to Clay County Humane Society in Orange Park, Florida for medical assessment.

The dog was later named Phoenix by the shelter staff.

Apart from malnourishment, Phoenix was also experiencing pneumonia and frostbite.

If Gavin didn’t find time to rescue Phoenix, he could’ve died from the harsh weather conditions.

Phoenix’s recovery was a long and difficult one, but thankfully, he survived, thanks to the love of the people at the shelter. He regained his weight. During his recovery, it was also discovered that Phoenix was blind in one eye and completely deaf. Despite his disabilities, Phoenix grew up to be a happy dog. 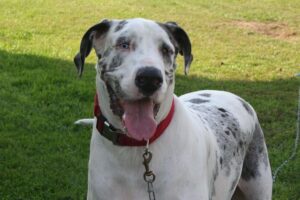 Seven months after he was discovered, Phoenix found his forever home! His fur mom decided to meet his rescuer, and Gavin couldn’t believe that he was the same dog he rescued months ago! 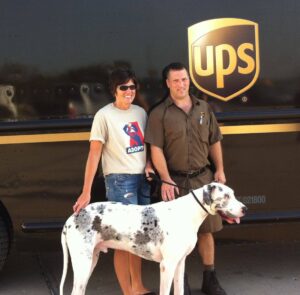 Phoenix is also trained to become a therapy dog since he loves being with people. He visits nursing homes to put smiles on residents’ faces. Phoenix also helps out in raising funds for other dogs in need. 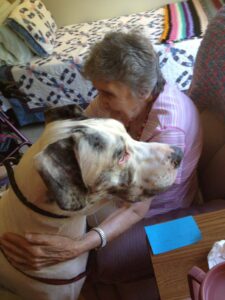 Phoenix lived a happy life with his adoptive family. Sadly, he passed away in 2019.

Indeed, Phoenix was a gentle giant who never gave up on life. He served as an inspiration to others, that they shouldn’t give up despite the harsh conditions. They should continue to hope that one day, their angel would come and rescue them.