To say Corbin is a huge dog is an understatement. He is a gentle giant weighing 150 pounds.

Corbin’s fur mom, Karen, told the Dodo that Corbin is afraid of his own shadow despite his size. On the other hand, Corbin has a big heart, and kittens melt him. 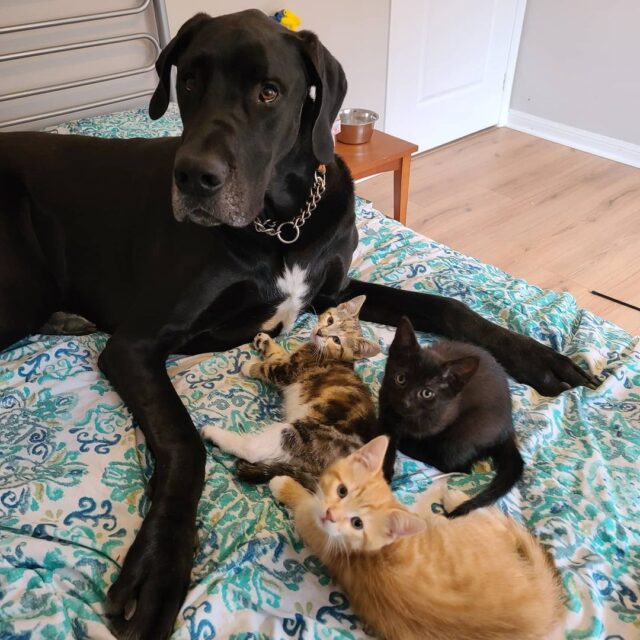 Karen has been adopting kittens for the Ontario SPCA and Humane Society for several years. However, she admits that Corbin, her dog, appears to benefit the most from fostering kittens.

Everyone is thrilled because of Karen and Corbin’s foster kittens, but Corbin’s favorite part of the day is when he gets to spend time with the felines. 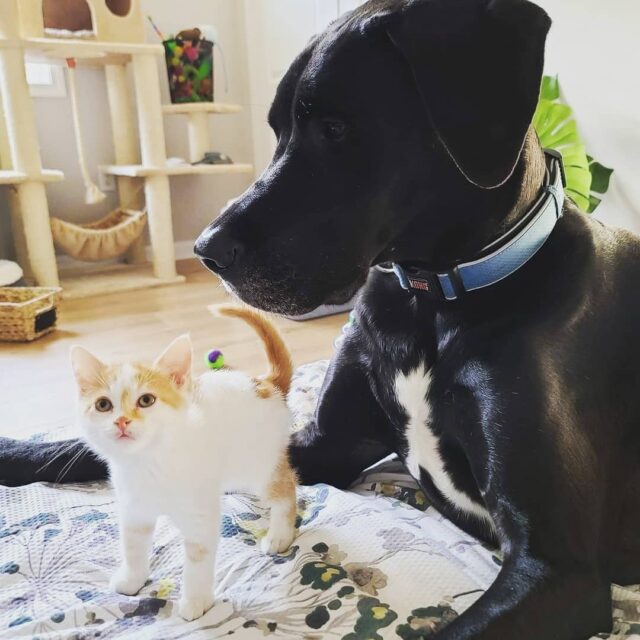 On the other hand, Karen took precautions to keep Corbin away from the foster kittens at first. He was big, and she was concerned about an unintended paw stepping in the wrong location. Furthermore, his height causes him to be sluggish.

Corbin had had enough of Karen’s concern and rushed past her into the kitty bed. He promises to be gentle and expresses a desire to see the kittens.

Corbin proved to be the most caring dog kitten foster father ever despite his size! Corbin is 150 pounds, while the kitten is only half a pound. So they’re not even as big as his nose, and his paws are far larger. 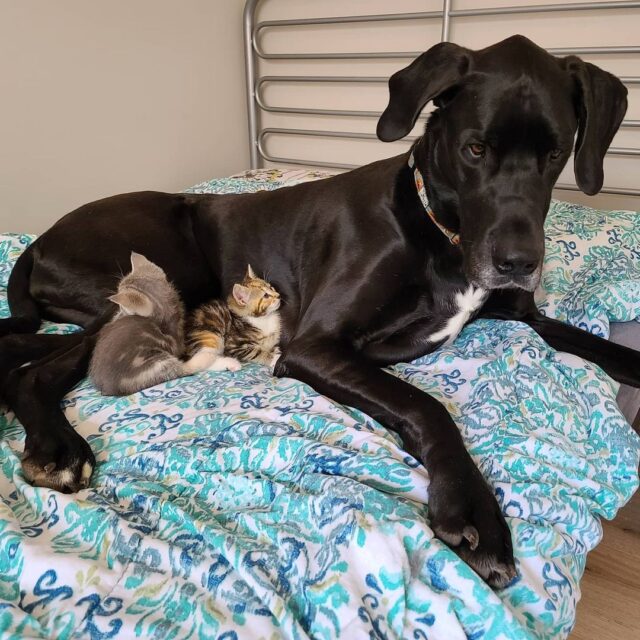 He enjoys kissing the kittens with his enormous dog lips, yet he is always cautious around the little kittens, behaving like a lovely mama cat. One cat, in particular, stands out as Corbin’s favorite among the foster kittens he has cared for.

Jesper fell in love with the massive dog the moment she saw him. Similarly, the little tabby cat relished the chance to be close to her larger friend. 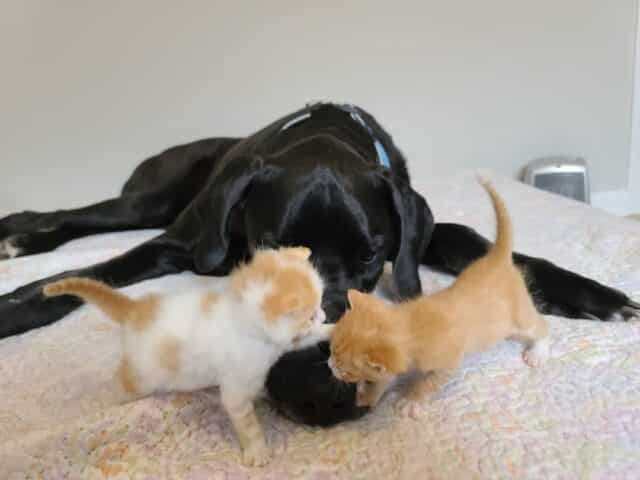 Karen claims that the cat would bite on Corbin’s paws to reassure the dog that she was there. Karen noted that it was fantastic to see the two develop a friendship and be quite close. They were wonderful.

Even though Corbin misses Jesper, the gentle giant understands that the goal is adoption, and his mother is immensely proud of her pup for his compassionate heart.

Watch the video below.

Rescue Pit Bull Is Obsessed With Her Favorite Dessert From Shake Shack That She Drags Her Mom To The Store To Get It For...