Home Happy Dog Stories Dog With Burn Injuries Receives Help, And He’s On His Way To... 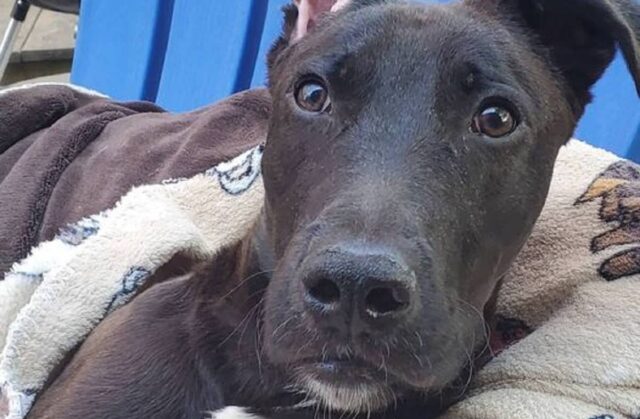 Stray Rescue of St. Louis received photos of a dog that needed help through e-mail. After seeing the pictures, the rescuers did not need any more details to know that they needed to act promptly. The poor pup had burn injuries that ran from his head to his back, and it was awful.

It was a good thing that concerned neighbors volunteered to drive the dog to the rescue. Herby didn’t have to wait for the rescuers to drive to the scene. But sadly, he had been in agony for two days.

Herby’s owner claimed a space heater caused his burns. But the scorches in his body told a story that’s deeper than what it seemed. He could have walked away the moment he started burning, but it didn’t seem he was able to.

As soon as Herby arrived at the trauma center of Stray Rescue, the vets cleaned his wounds and they did it regularly. They applied some burn cream and tried to keep his pain level at a minimum. But despite his agony, he proved to be a real trooper. He wagged his tail and he smiled at his rescuers as a way of thanking them. 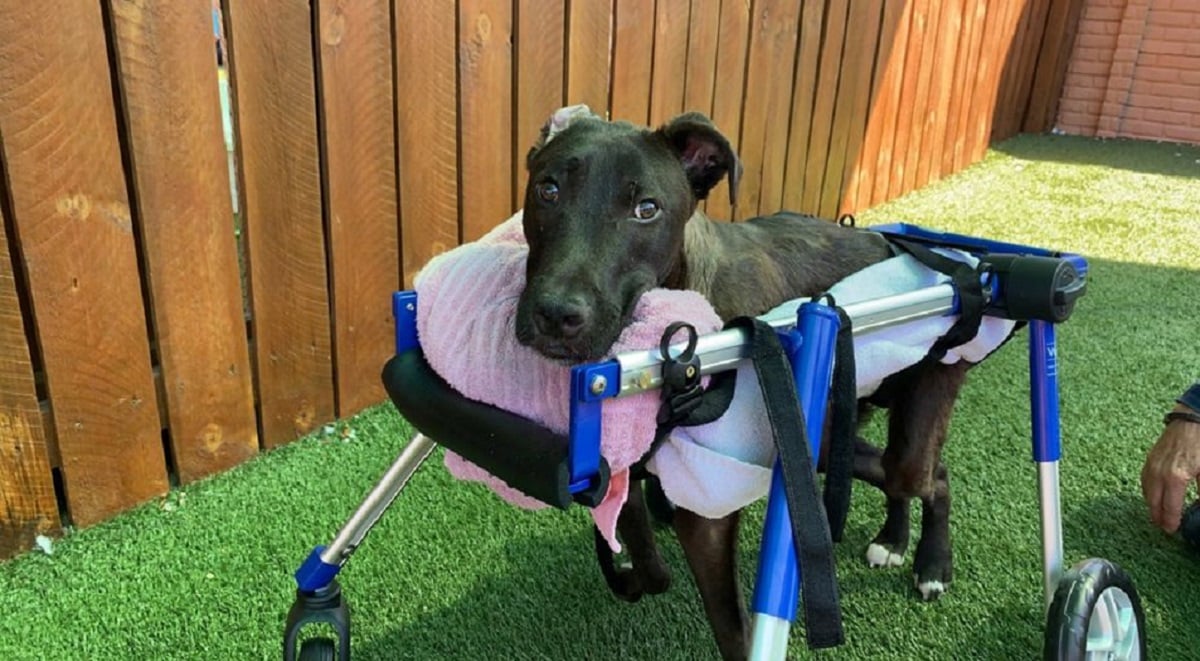 The dog underwent further examination and the vets discovered he was almost completely paralyzed. He failed to move any part of his body and even struggled to lift his head. It was probably the reason why he wasn’t able to move from the space heater.

His condition was a nightmare, but this resilient boy refused to let his dark experience eat him up. Within a few weeks, he found his voice. He made little grumbling sounds and all of a sudden, he knew how to bark. 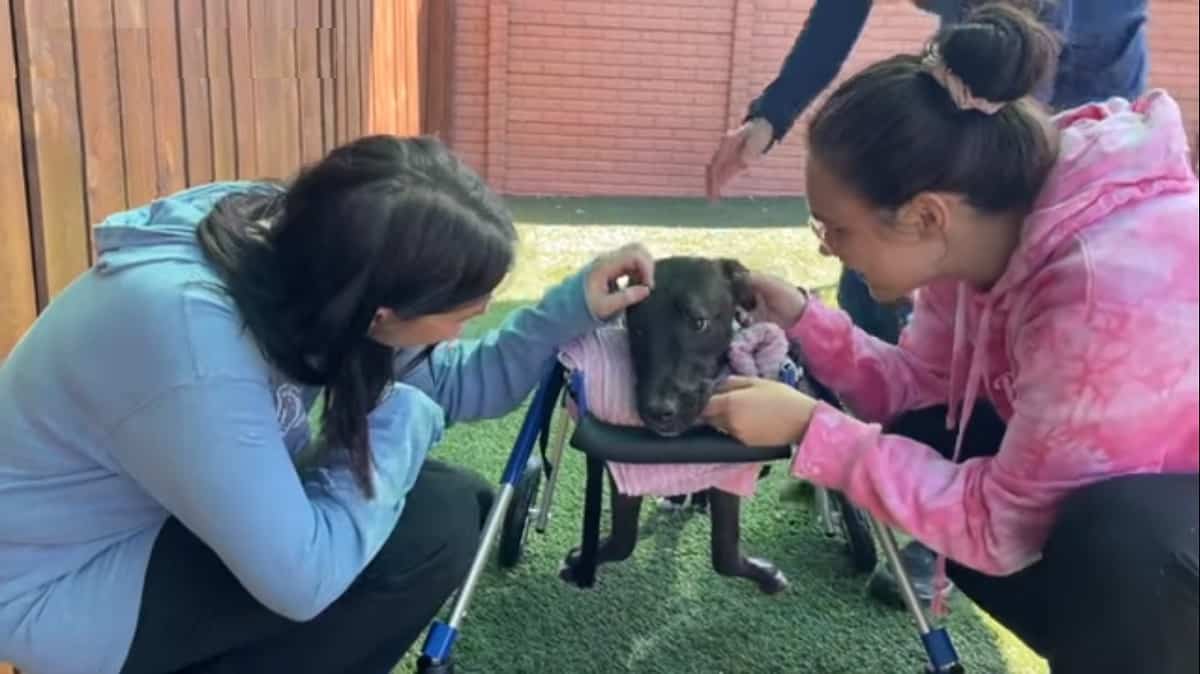 Soon, the dog got his clearance and left the hospital. His foster mom, Dianne, welcomed him home and helped him discover more of himself. She bought him toys and taught him how to have a good time.

Herby feels much better now and even gets to explore the strength in his four legs riding his quad wheelchair. While he is still far from complete healing, his rescuers agree he will pull through. He’s a brave boy, after all.