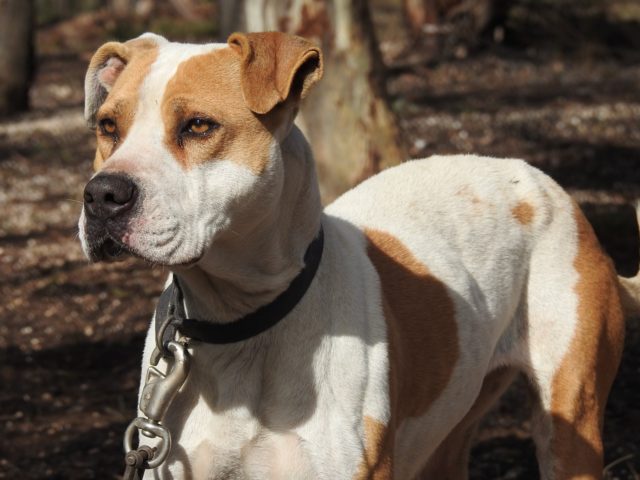 When dogs are loved and treated well, they love their owners back with intense loyalty and protectiveness that go beyond words. Elliot Norman, the owner of a rescue pit bull named Sweet Dee, knows this by heart.

Norman has a heart condition. When he woke up one morning, he wasn’t feeling too well. He was having chest pains, so he communicated with his doctor through text messages and told him how he felt.

Sweet Dee, who was nearby, saw that Norman was having some trouble. She didn’t know what it was, but she could see he wasn’t feeling okay. She stayed by his side as he texted his doctor.

Shortly after he sent his text to the doctor, Norman fell unconscious on the couch. He had a heart attack.

Sweet Dee went near him to check on him. When she noticed that her owner was unresponsive, she hurried to the bedroom and fetched Norman’s wife, who was sleeping. The dog led her to Norman in the living room.

The man’s wife immediately called for help. She also gave him CPR while she waited for help to arrive.

The responders arrived shortly. Because she was able to call right away, Norman promptly received the treatment he needed. Thankfully, after spending a few days in the hospital, Norman made it through the heart attack.

The doctor sent him home. In just a few days, he was well enough to go back to work. Norman knows he would have had a slim chance of surviving if Sweet Dee wasn’t there to help him when he had a heart attack.

Thanks to the loyal dog who never left his side, Norman got a second chance in life. He will always be grateful for what his dog and other people did when he needed help. Watch Sweet Dee and Norman’s story in the following video.