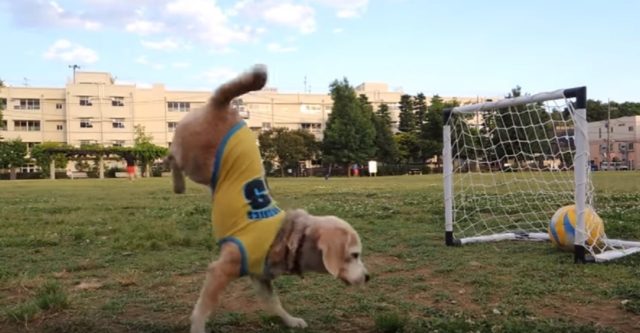 Anywhere in the world, a lot of people engage in sports. No matter what kind of games one participates in, one should give their hundred percent dedication, even when it entails some training.

As such, a particular Beagle in Japan displays its perfect soccer skills on cam to inspire others to follow suit.

In the video, one can see an adorable beagle named Purin dressed in a sports shirt. While it looks like the pooch’s merely taking a walk on the field, Purin started charging towards the soccer ball lying on a far corner. 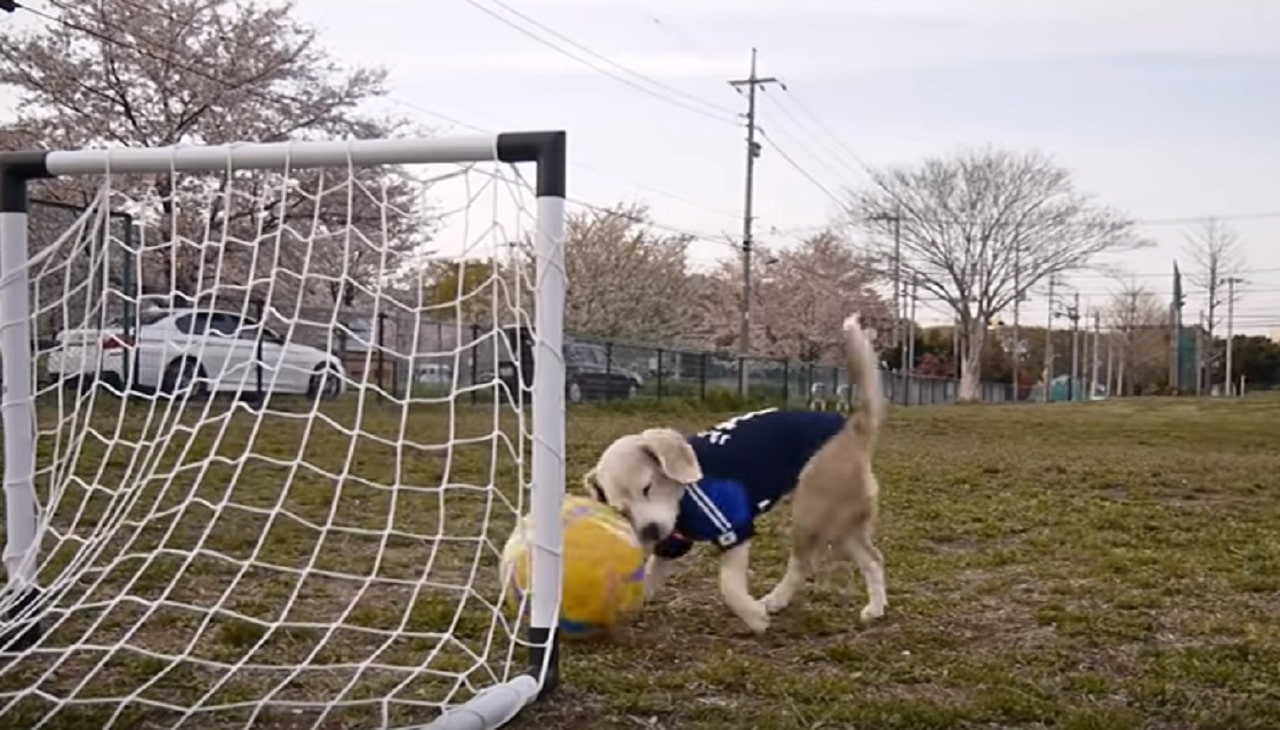 Purin then starts nudging on the soccer ball with his snout, guiding the ball towards the goal. In a matter of seconds, Purin eventually shot the ball into the goal.

But, it seems Purin isn’t only skilled at shooting the ball into the goal as he demonstrates his other soccer skills.

Oops! I got the ball!

If a few moments ago Purin charges at the goal, the pooch now takes the role of a capable goalie as he waits for his owner to kick the ball.

And, as soon as Purin’s owner kicks the ball, the pooch perfectly catches the ball, preventing his owner from scoring. With this victory, Purin immediately runs towards its owner and even does a pawstand to celebrate his victory. 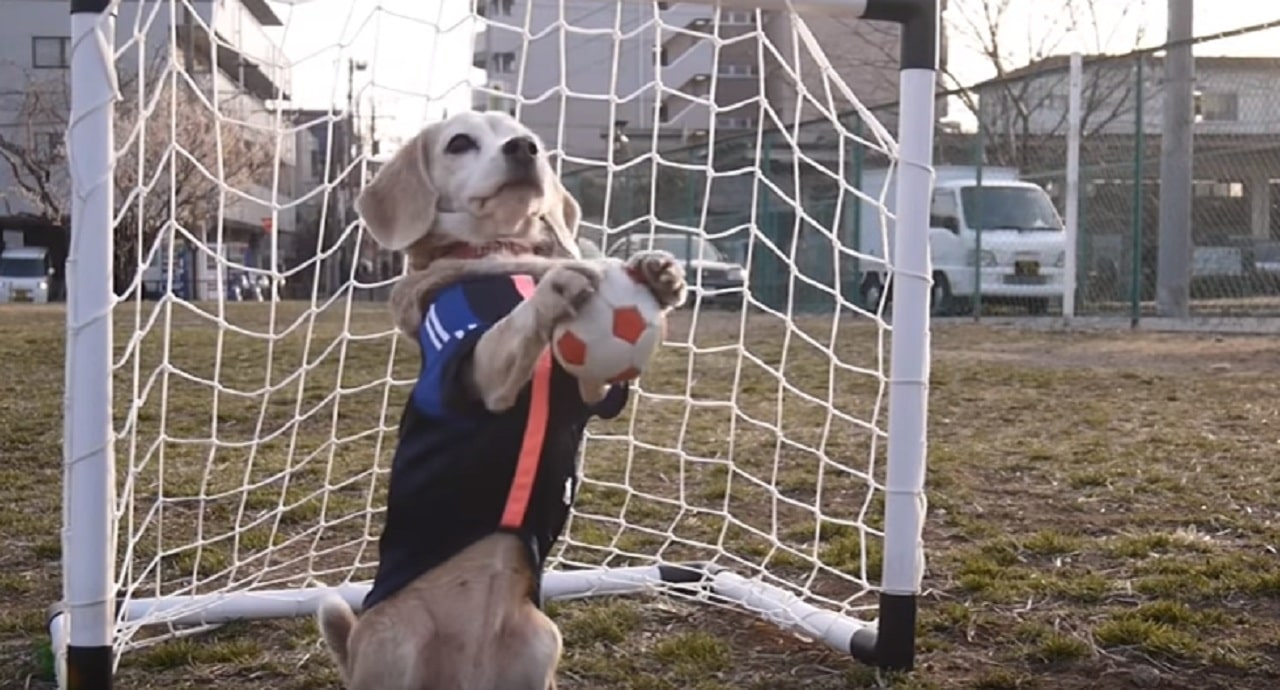 As the video progresses, the pooch continued displaying its soccer skills, alternating between assuming the roles of a center forward and a goalkeeper. But, what makes the activity more fun and lively is the pooch’s display of pawstand each time he does the tricks.

With all these amazing skills, Purin’s owner can’t help but indulge him with some cuddles and praises for a job well done. If you want to witness this fantastic dog’s soccer skills personally, feel free to watch the video below.

Trembling Under A Table, Scared Shelter Dog Transforms Into A Happy And Sociable Pup After A Man Takes Her Home