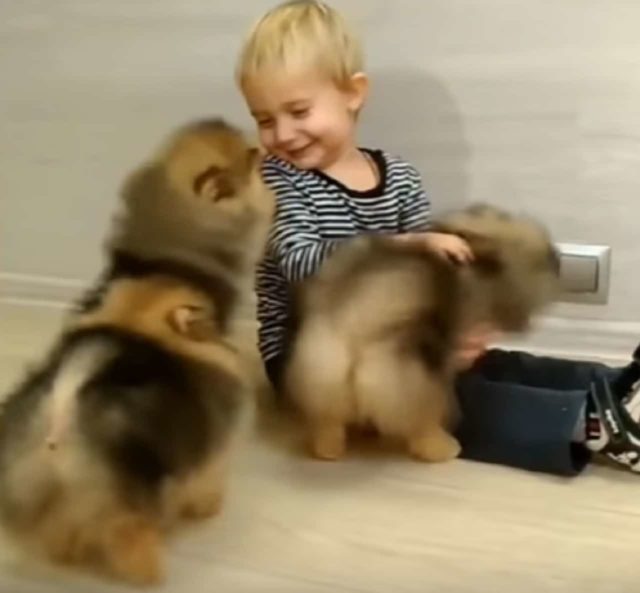 Every dog lover dreams of playing nonstop with their furry friends. It doesn’t matter whether they’re big or small, as long as they can spend some quality time with their beloved canines.

Keeping this mind, let’s take a look at how a little boy reacts the moment a horde of adorable Pomeranians barge at him.

In the video, one can see a little boy sitting on the floor together with four lovely Pomeranian puppies. But, it looks like the puppies couldn’t contain their excitement as they keep jumping up and down around their human brother. 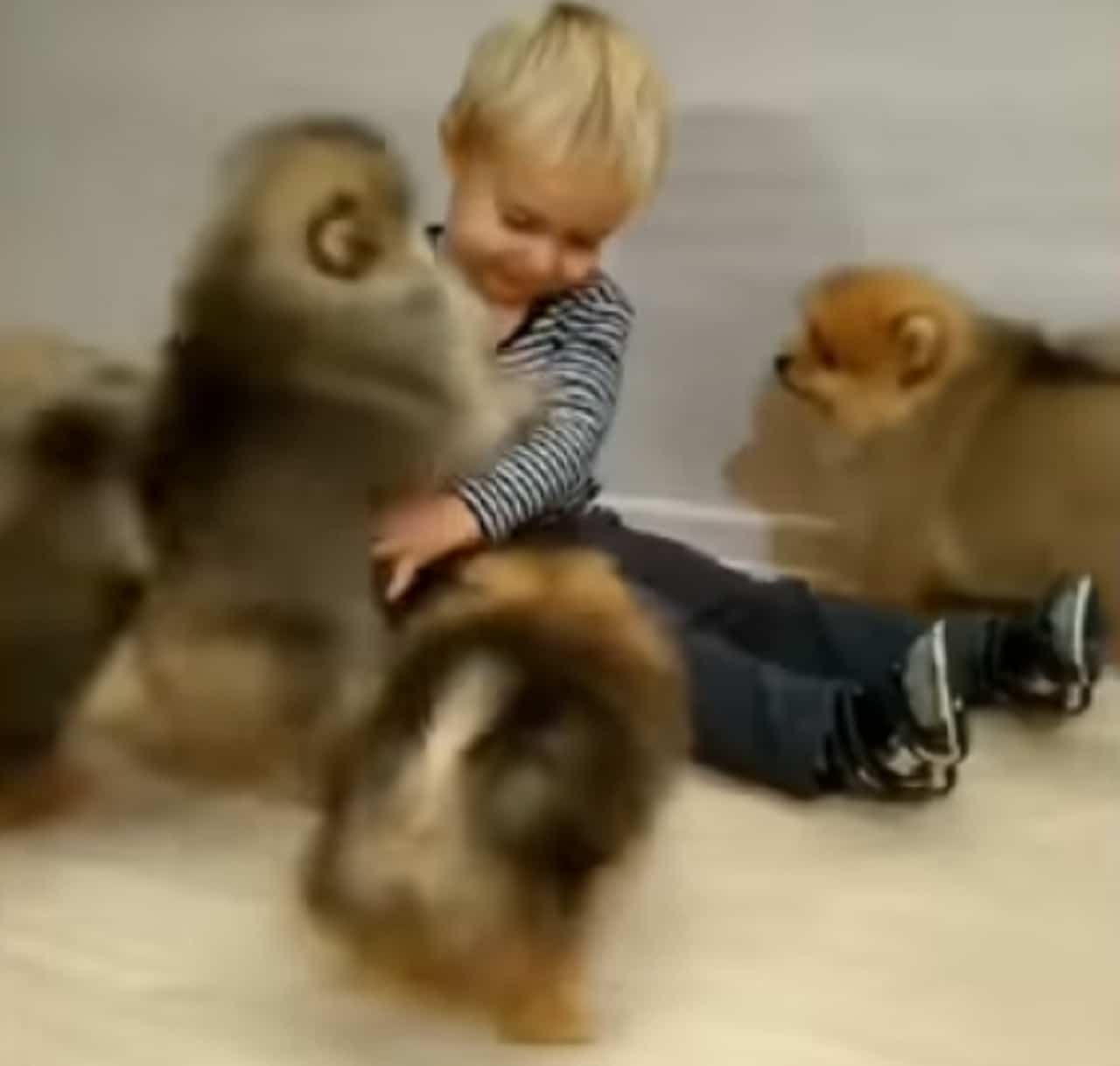 As the puppies continued with their energetic act, the boy spreads his arms outward. The moment the puppies saw this, they came running towards the boy and swamped him with the sweetest puppy kisses.

This game is fun!

As the seconds passed by, the active puppies seemed to become increasingly energetic. Unlike their simultaneous charge earlier, the pups this time settled with “attacking” the boy one-by-one from all angles.

One of the pups frantically jumps up and down, another sniff on the boy’s sneakers while the other puppy licks the boy straight on the face. The other pooch seemed tired as it takes a quick break at the boy’s back. All of these actions brought a smile and a giggle on the boy’s face. 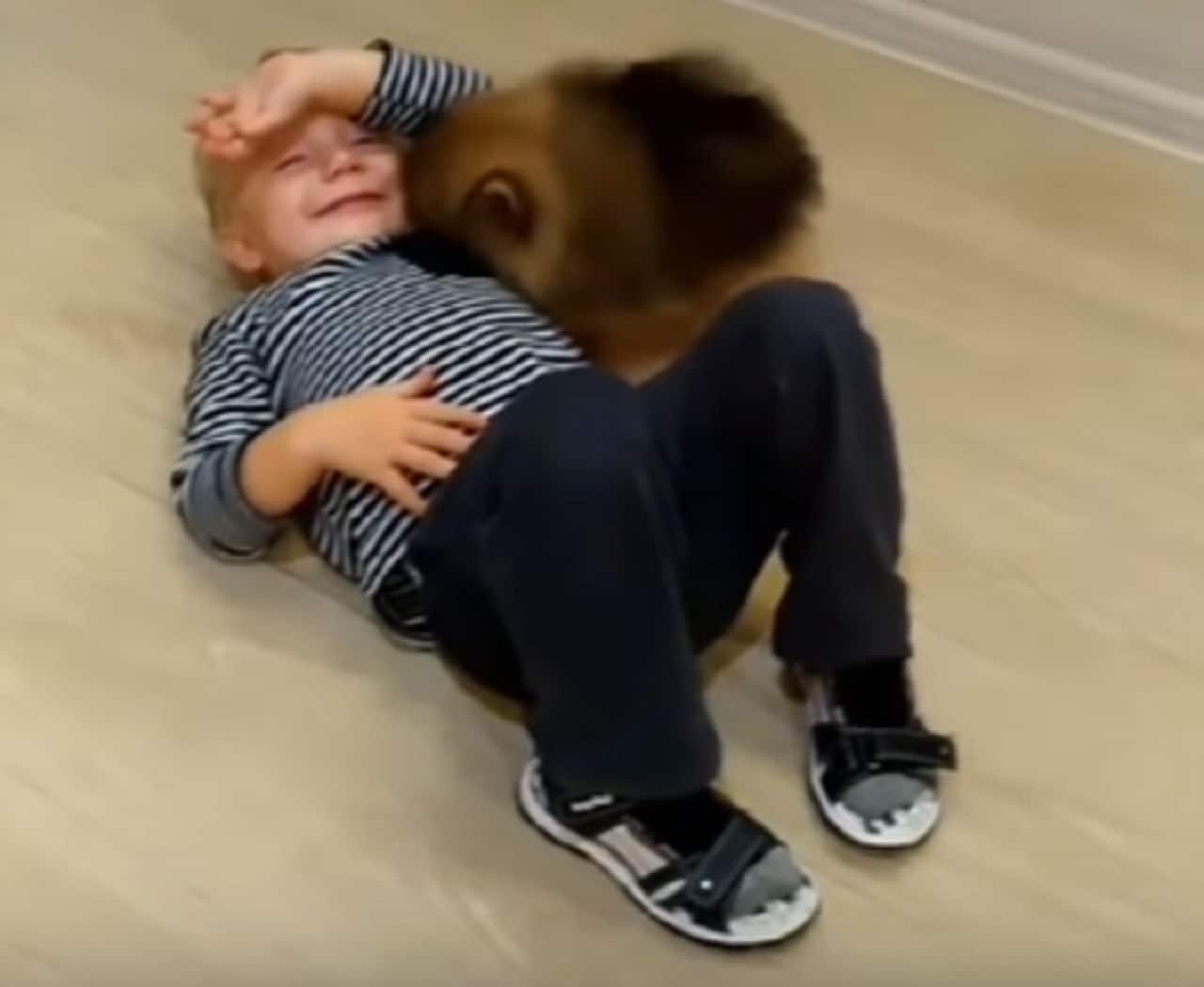 But, it looks like the puppies’ enthusiasm overwhelmed the boy that he couldn’t sit straight anymore.

As the puppies continued their onslaught, the boy couldn’t stop giggling and laughing at the pooches’ actions. With that, the boy decided to lie down on the floor instead to take some form of a breather from their playful banter.

But, do you think the puppies stopped playing with the boy when they saw him sprawled on the floor? If you want to find out, it’s best you check the video below.