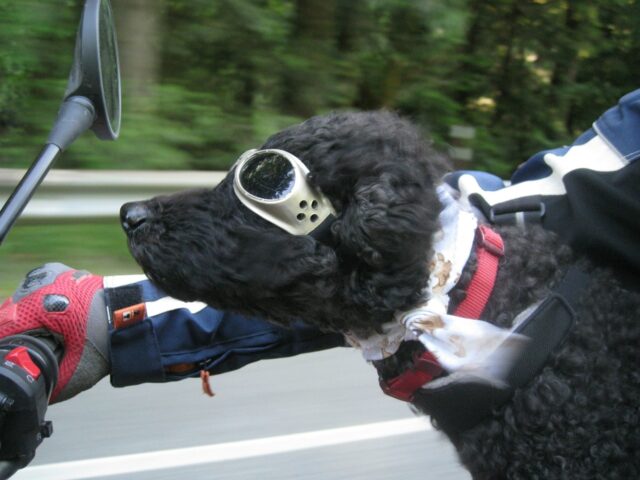 The first humans who have domesticated dogs must be so proud of how far these furry creatures have gone. It is believed that the earliest dogs’ first jobs were to guard their human’s property and be their best buds. Now, we have dogs who are trained to do jobs that only they can do, like sniffing for illegal chemicals and treating PTSD.

Perhaps this is the main reason why we kept dogs around. Because we knew that they can be trusted and that they can be counted on to do a job, but we surely can’t trust them with our food lying around. Kidding aside, we humans have evolved as dog trainers, too, as we have taught them things that have never been done before. 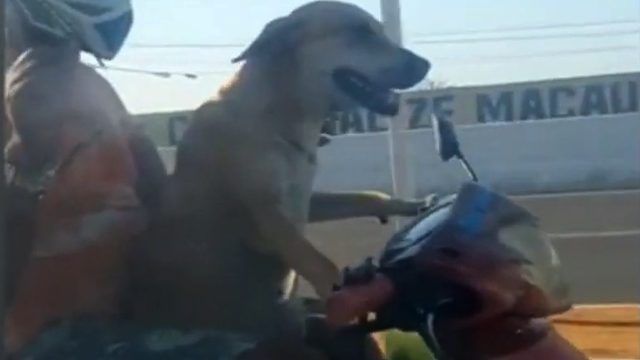 We have seen dogs drive modified, full-size vehicles, and now, feast your eyes on a dog driving a motorcycle. Although we strongly suggest that you do not try this at home with your dogs, okay? It is believed that the humans riding with the pooch are motorcycle trick masters.

According to the Youtube video, this was shot somewhere in Pernambuco, Brazil. The man who filmed the trick was in a car, and they were moving quite fast on a freeway. The man couldn’t help laughing as he was amazed by what he is seeing right in front of him – a dog driving a motorcycle. 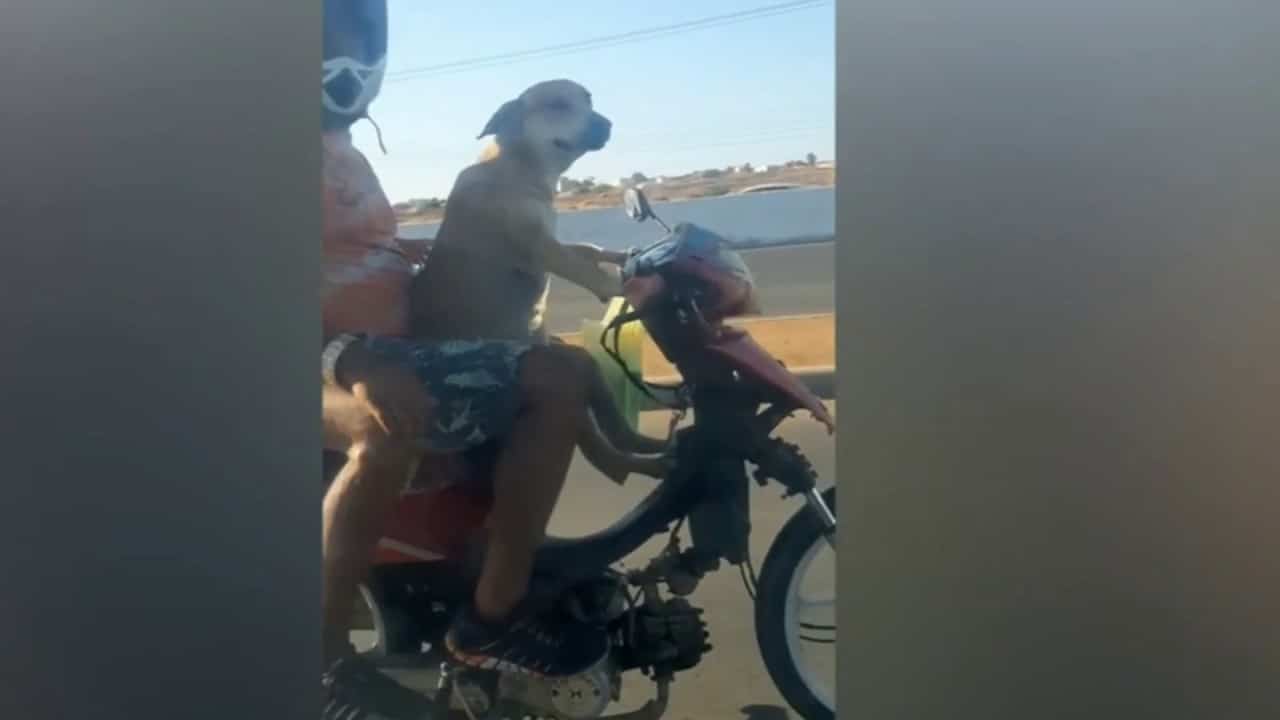 Not only is this pup driving the bike, but he also had two riders behind him, which just makes this trick absolutely insane. The men behind the daredevil pooch are wearing helmets for safety reasons, but they appear calm and not worried as they smile and give two thumbs up to the camera.

Looking at the motorcycle, it seems like it was modified to keep the front wheels in place. So again, we hope that you don’t try this at home because clearly, these men are professionals. As spectators, we can’t help but be amazed at how chill the pup is, and he even looks like he knows what he is doing.