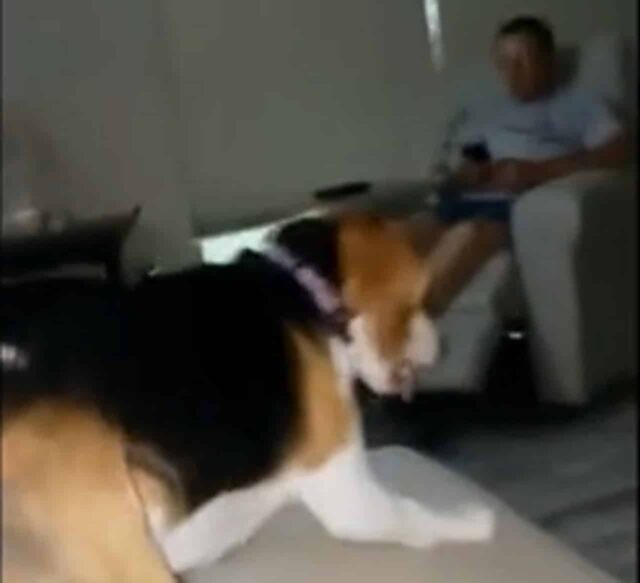 Dogs perhaps are the most energetic creatures you’ll ever encounter in this world. Whenever canines find their surroundings too quiet, they’ll find a way to spice the ambiance up.

Hence, one fur dad can only sigh as their three adult dogs chase each other in their living room where the whole family is. And, it looks like Dad needs a firmer type of discipline to make the canines stop with their lively game.

Ahh, such a peaceful day!

In this lively video clip, a camera focuses on a man and a woman lounging on their respective couches. With the way things look, the pair watch an exciting television program. 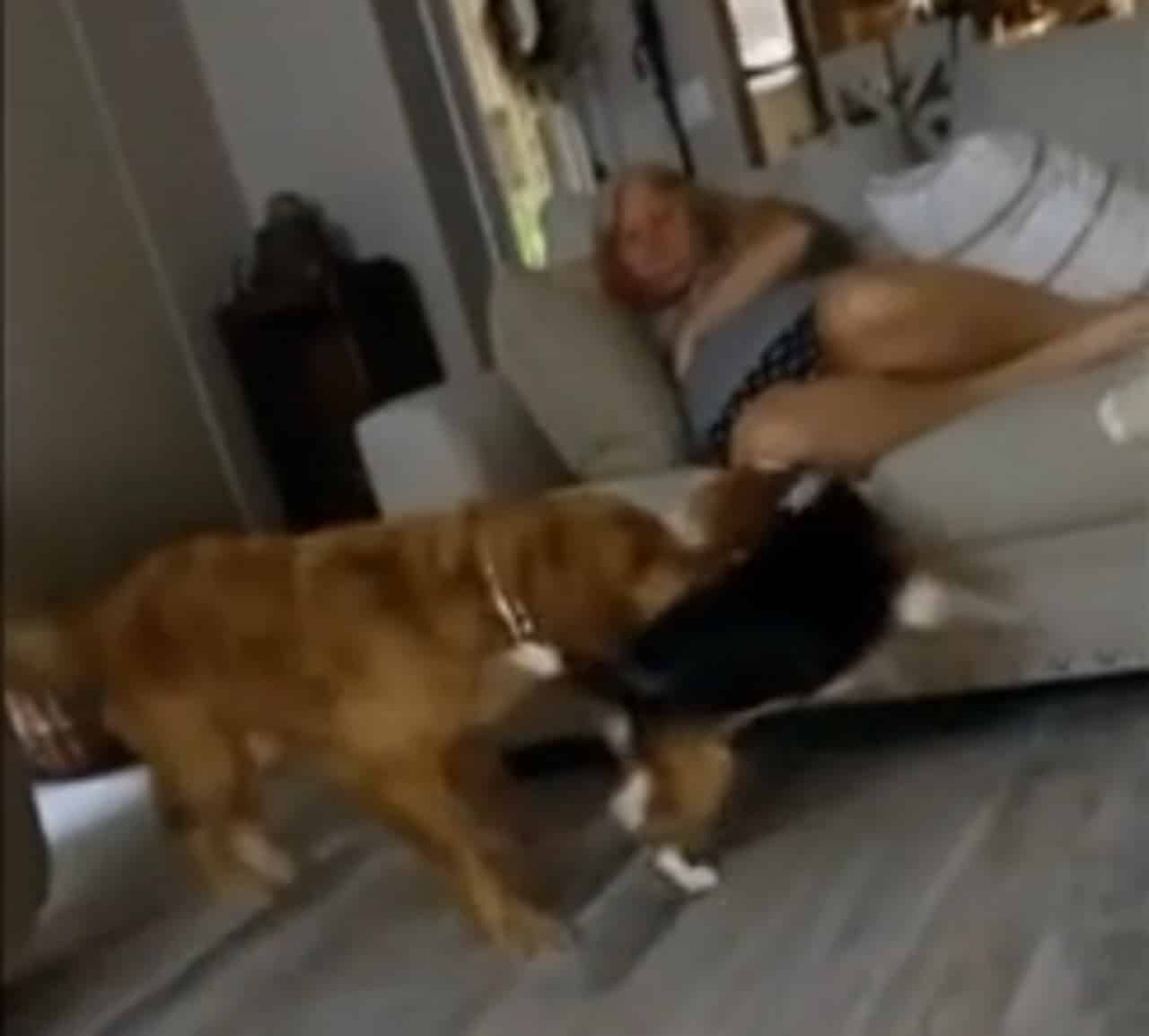 At first, nothing peculiar’s happening as the pair carry on with their binge-watching. Yet, a mix-furred doggo soon appears into view, eager to get away from something that’s chasing it.

But, as the pup’s tired, it takes a quick break by standing on the floor. Yet, when the canine fleetingly glances behind it, a brown-furred doggo suddenly pounces at the mix-furred canine.

The rowdy pair of canines then carry on with their impromptu wrestling match. But, as the mix-furred doggo doesn’t want to engage further in their lively banter, it hops on a nearby fixture.

As soon as the mix-furred pup disappears from view, the brown-furred canine preps to follow it. Yet, in the course of the chase, another brown-furred dog appears to provide its sibling backup. 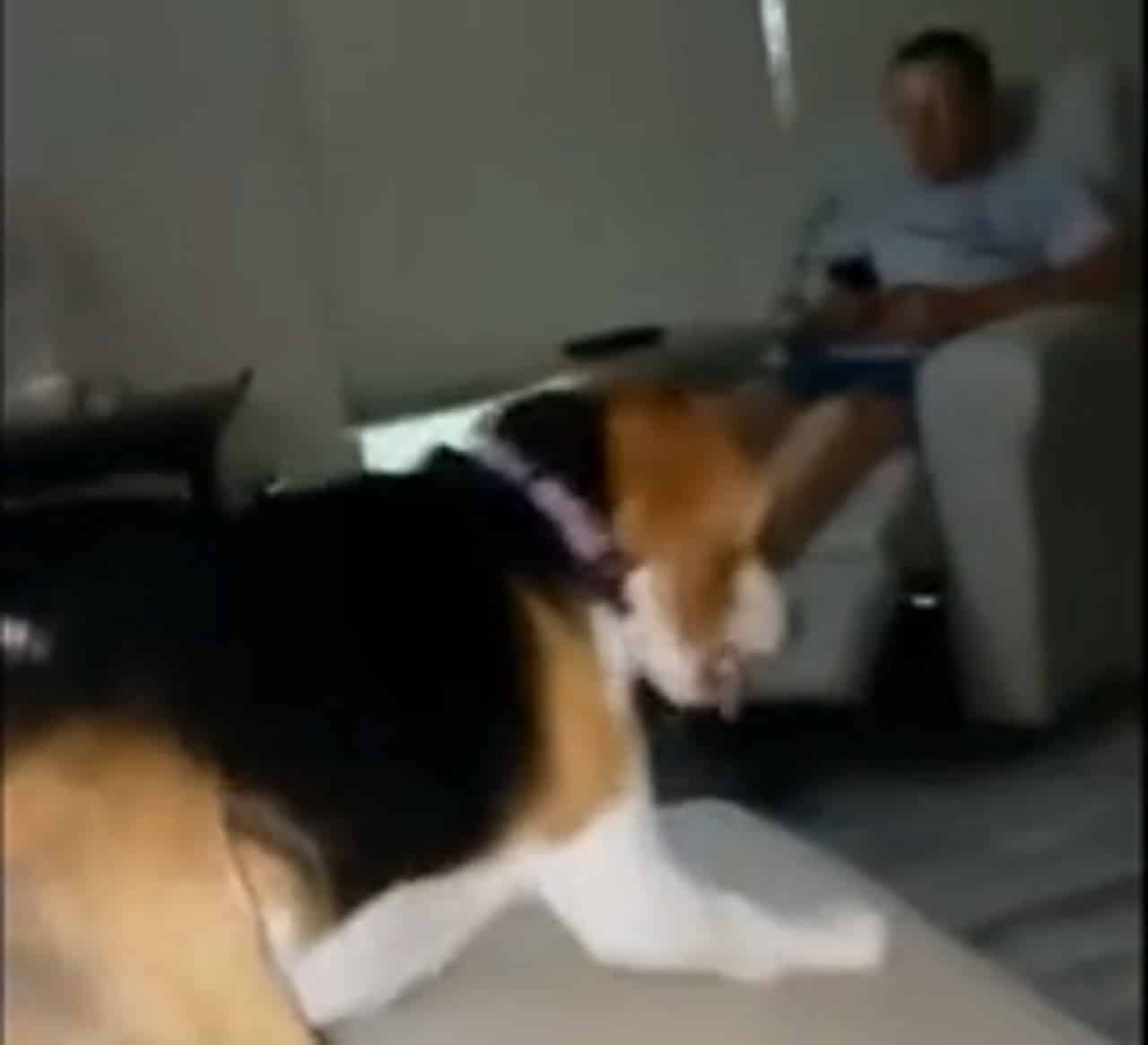 Thus, a lively chasing game ensues, with the doggy trio running around the previously peaceful living room. And, when the canine pack inches closer to the camera, the man holding it begins yelling at them to make them stop.

Yet, nothing can make the dogs stop as the woman sitting on the sofa shields herself from the canines. Do you think Dad finds a way to make the silly trio stop? Better keep viewing this hilarious footage until the end to find the answer out.