Home Happy Dogs This Sweet Pittie Lives In A Sanctuary With Other Animals And She... 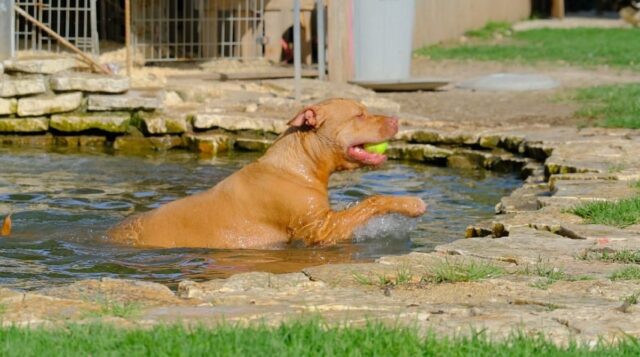 Charli Sotiriou, the founder of The Arc Animal Sanctuary in Greece, starts and ends her day with her rescue animals. She takes care of pigs, cats, geese, cats and kittens, and of course, her dogs. But if there’s someone who does most of the work, it’s her dog, Cali.

Cali, a Pitbull, grew up surrounded by animal farms. From the day she met the ducks, she knew she liked them, and they were comfortable having her around. She groomed them, let them nurse on her, and played with them all the time. 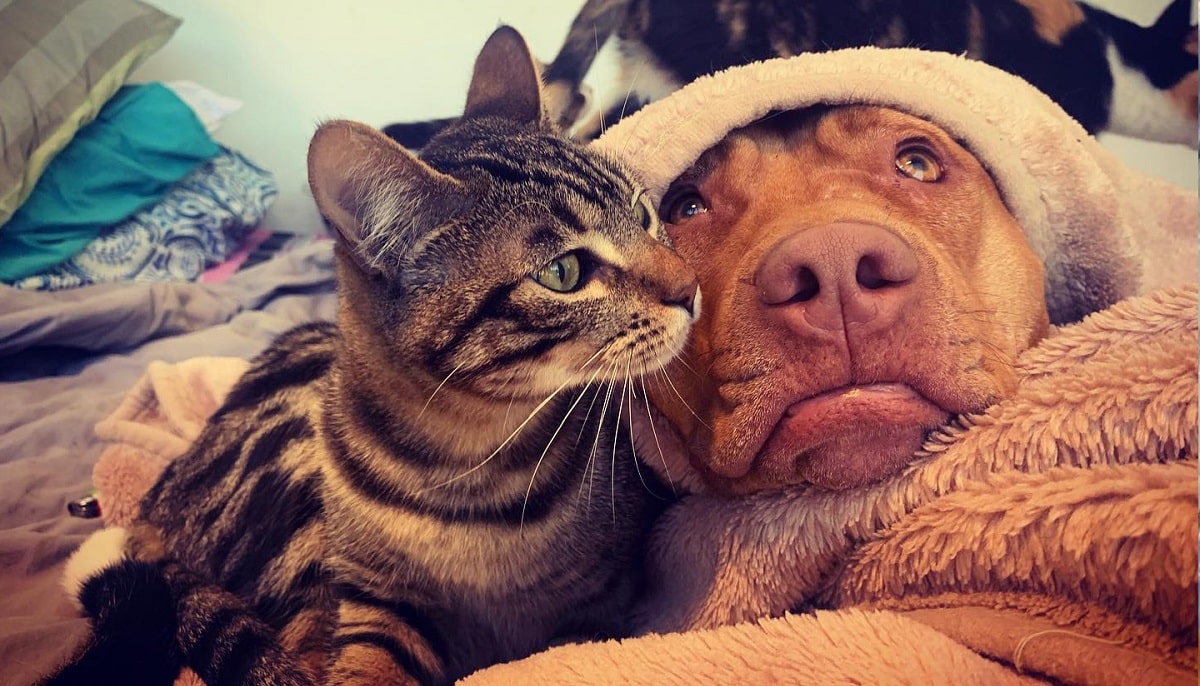 The first set of ducklings was, somehow, the practice round for the dog. After a while, she was ready to take more animals under her wing. She welcomed Flick and Flower, her pigs, into the sanctuary, and she raised them like they were her own child. 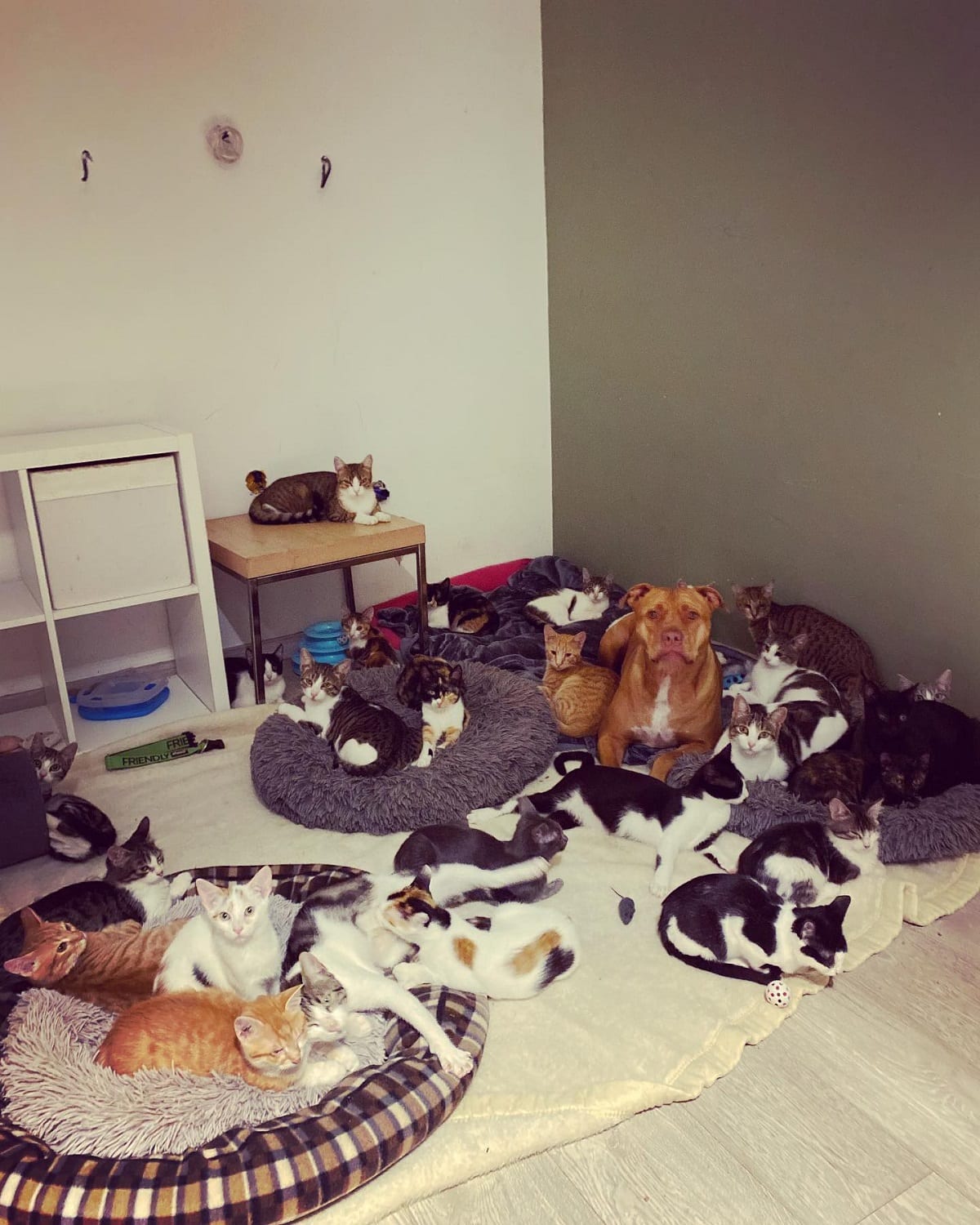 Charli has always been an animal lover, but only until Cali came into her life did she realize that she could do so much more. Her dog inspired her to build the sanctuary, and she was glad she did. Since the founding of The Arc Animal Sanctuary, she’s saved and helped more than a dozen animals live better lives.

Flick and Flower have grown so much bigger than Cali but they never outgrew their love for her. They still hang out with her, take naps beside her, and play on the farm with her. She is their mom despite the differences that they have. 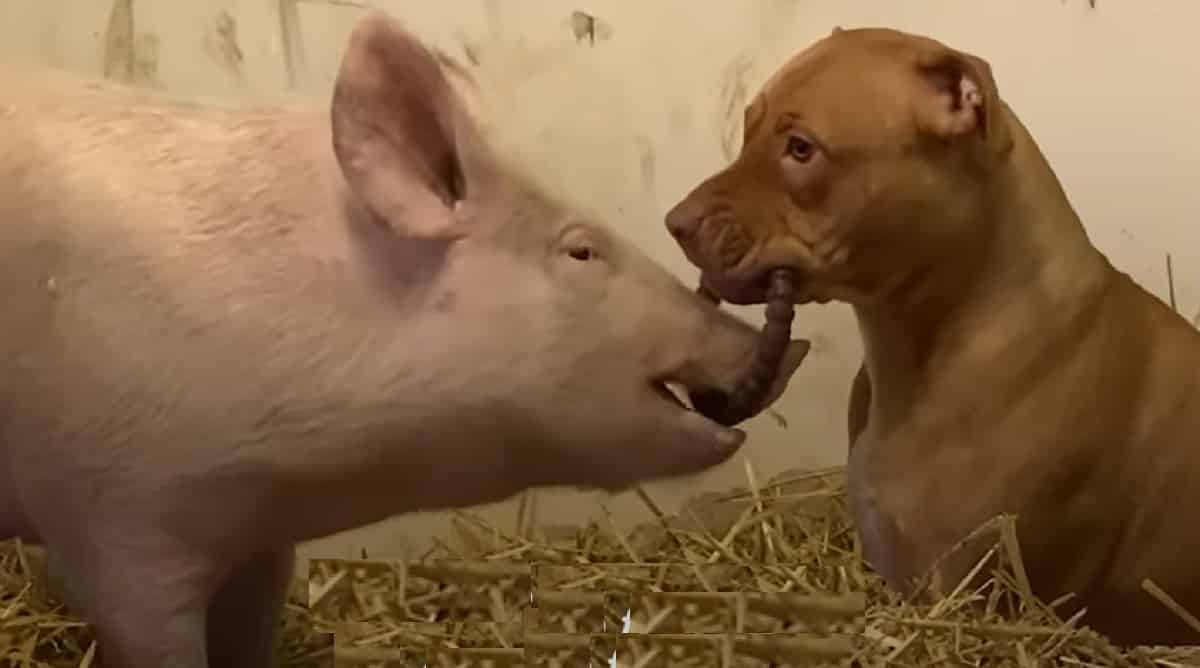 Besides the pigs, Cali is the happiest when there are kittens around. Every summer, when there are more stray cats than usual, she expects her mom to foster around two or three kittens at a time. Once they are home, she’ll be the very first to greet them, and she will stay by their side 24/7.

Cali is the mother of all the animals in the sanctuary and she is the best they could ever ask for. She is gentle, loving, sweet, and incredibly patient. She has all the traits of what a great mom should be.

Credits: The Arc Animal Sanctuary and The Dodo

Charlie, a Golden Retriever puppy, is getting his very first service dog stairs training. His human companions are helping him every step of the...