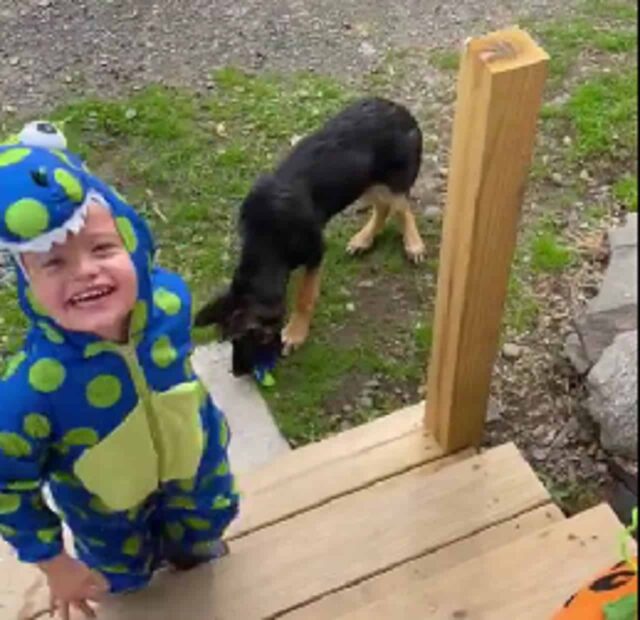 In the eyes of a dog, the world is one big playground. Whatever object they see in their surroundings, canines can manage to make things lively and fun.

Thus, a mischievous doggo eagerly grabs onto its fur brother’s Halloween costume thinking of it as a chew toy. With how the situation goes, the pooch  isn’t letting go until it gets what it wants.

Give this to me!

In this funny video clip, a boy in a dinosaur costume makes his way towards a flight of stairs. But, the lad’s not alone as his canine buddy eagerly follows him. 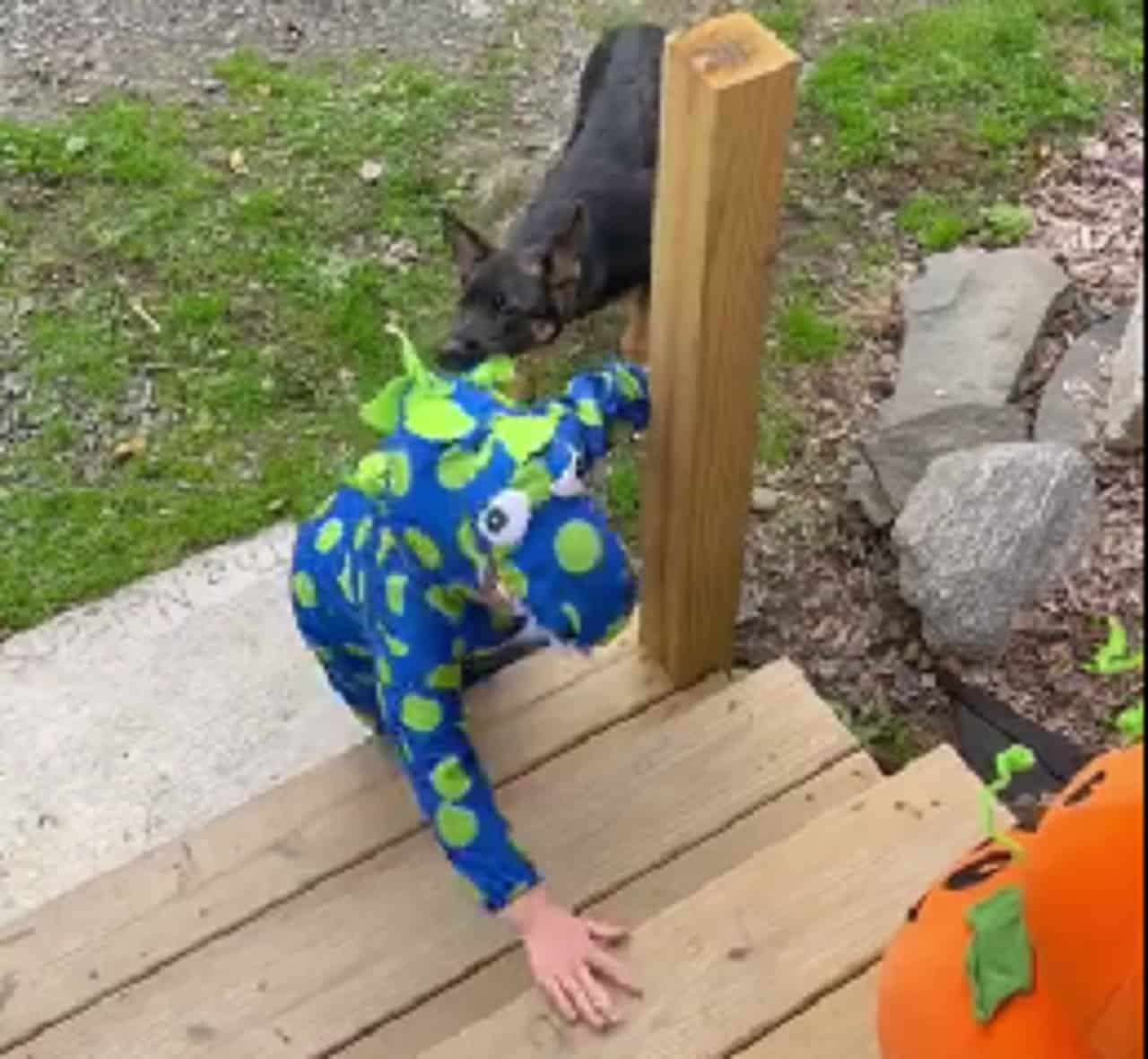 Soon enough, the costume-clad boy attempts to climb the stairs to enter their home. But, the lad can’t seem to do so as his canine bestie energetically munches on the tail of his dinosaur costume.

But, as the boy’s determined, he still tries to reach even the first step of the stairs, but not without some straining. Yet, the dog’s not going anywhere as it makes sure to keep its grip tight on the dinosaur tail.

It turns out, the funny doggo thinks of his fur brother’s dinosaur tail as a chew toy. So as not to lose grip, the canine continues munching on it even if it means an impromptu tug-of-war game with the lad.

On and on this hilarious scene goes, with the boy straining to keep the canine off the tail. At some point, the lad even assumes an all-fours position to add more force to his pull. 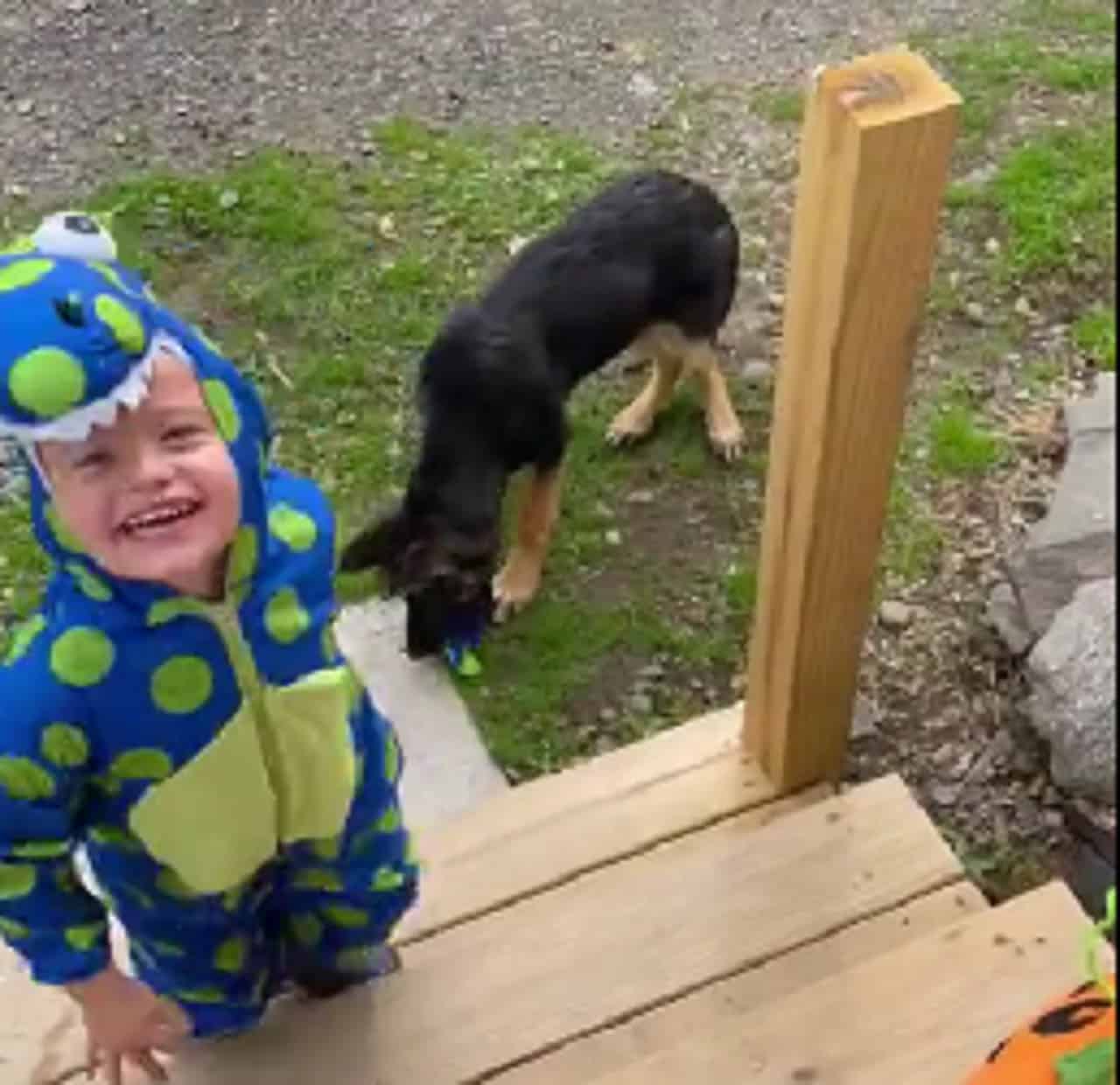 But, all this tugging doesn’t make the canine back down as it continues to chew on his tail. And, just when he thinks that he can free himself from the dog’s clutches, one can hear a ripping sound.

Unfortunately, the dog successfully rips the dinosaur tail off. How do you think the lad reacts to seeing his damaged costume? Stay tuned and don’t miss what happens next through the link below.