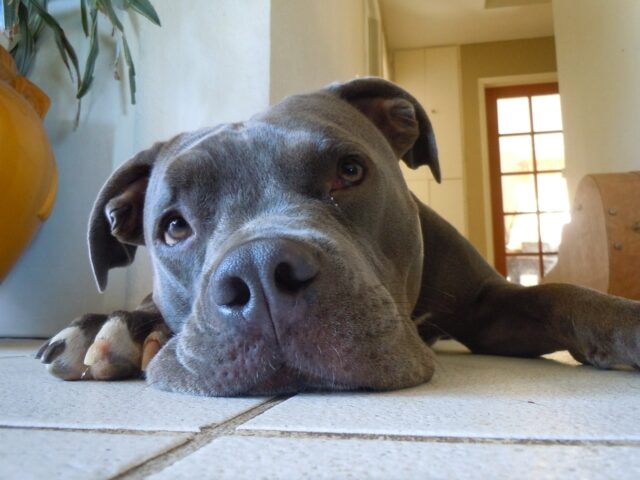 Ina and Manny were a lovely couple that loved dogs. They already had a Pitbull named Charli, but once they saw Pablo, a rescued Pittie on an Instagram post, they knew they wanted to adopt him.

Pablo was found and rescued by animal control when he was living in the streets. The rescuers brought the dog to New York Bully Crew, an animal shelter, where he was properly taken care of.

Unfortunately, the dog was adopted and returned to the shelter multiple times. So every time that the couple scrolled through their Instagram newsfeed, they saw that Pablo was available for adoption.

The couple knew that adopting another dog would mean more responsibility, but they also wanted to give Pablo a second chance at life. The next day, Ina and Manny agreed to send in their application to the shelter.

A few days later, the couple drove to the shelter to meet Pablo. As soon as they saw the dog, Pablo went right up to Ina and licked her face. Surprisingly, Pablo growled at Manny and bit his coat.

Everybody at the shelter got quiet and thought that Manny had changed his mind in adopting Pablo. Manny, on the other hand, believed that Pablo’s reaction was typical.

The couple made the adoption official then took the dog home. Pablo loved cuddling up to his new mom but growled every time that Manny approached him.

Manny knew he had to be patient, so he came up with a plan to show the dog that he had no reason to be afraid of Manny. Manny would cuddle and have the best time with Charli.

It took a few weeks, but eventually, Pablo began to fall in love with Manny. Ina and Manny were so happy to see Pablo coming out of his shell.