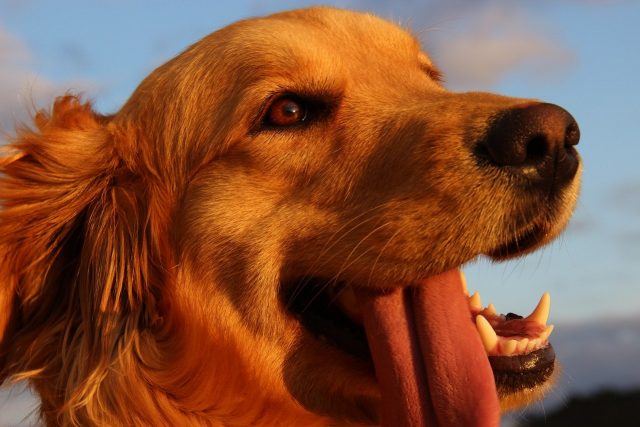 For a beloved creature full of fluff and intelligence, life isn’t so hard when all it needs to do is follow its master, eat, drink, sleep, and spread some happiness. But everything gets destroyed for dogs when something utterly unknown happens, something they have never experienced, something they never knew existed, comes into their lives.

And now, our heroic canine, Tucker, had to face his arch-nemesis. Tucker saw the most unholy thing that ever set in front of him — with its tentacles, glowing red eyes, and wicked thoughts about how they could control the mind of Tucker’s dearly beloved owner running through its brain. Its purrs of pure dark content with its lust for power that could never be satisfied was all too confusing for Tucker to comprehend.

He had been waiting for this moment. His enemy started to rotate its legs, and it’s purring began, its red eyes piercing through his canine soul. He barked at it, sniffed it with pure suspicion, and even wanted to pounce at it, but his enemy was too small to be caught by his paws.

He never understood why his owner was laughing; he hoped she was laughing at the tiny monster, instead of at him. He was so confused. Never had his ancestors ever came in contact with such a peculiar creature. Regardless, he wanted to defeat that tiny unknown thing with evil eyes, and he would keep his brave and fearless tone of barks and growls.

But sometimes, evil wins. Tucker wished to rise from the covers and watched in despair and visible confusion as his master allowed the mysterious creature to crawl on her arm. He didn’t know what sort of harm this purring thing planned to do.

He wished he could still save her and defeat the evil; he tosses it around and rips it apart with his jaw. He watched his owner fumble with her phone as he was still confused about whatever was happening.

His owner laughed at how adorable he was; she filmed him and posted it on social media.