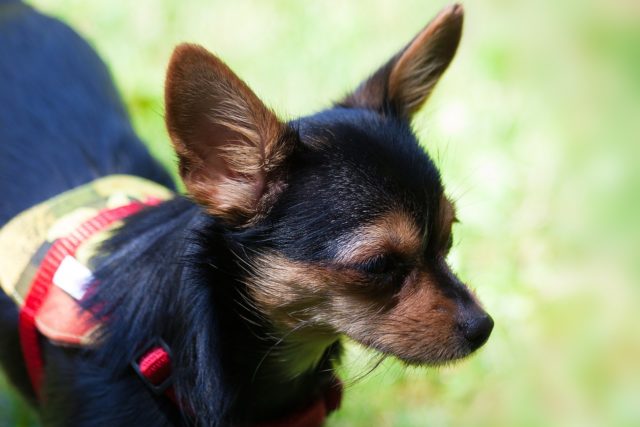 Konjo is a papillon-Chihuahua mix weighing only 2 pounds who loves to walk on just two paws. Her owner, Julia Pastemack from Tustin, has mentioned that Konjo is a natural when it comes to throttling on two legs. Julia and Konjo have been together for over a year and has noticed the pooch’s unique talent two months after owning her.

Just recently, Konjo sprinted on her front paws on a tennis court in an attempt to break the record for the fastest dog running on two legs. The pup was able to run the 5-meter distance in only five seconds. She was able to do this several times according to witnesses and timers.

However, Konjo and Julia will have to wait for the official confirmation from Guinness World Records and verify whether she is indeed the fastest two-paw running in the world. Verification and approval may take up to 8 weeks. The current record for this feat is a time of 7.76 seconds by Jiff from Los Angeles. 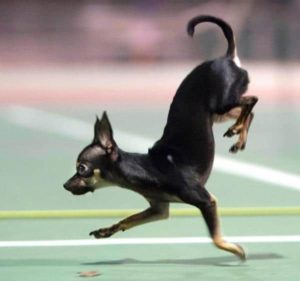 Many are hoping that Konjo will be able to hold the new record as they are awed by the sprint that the dog pulled up earning her a lot of applause and giggles from the onlookers in the venue.

Julia mentioned, “I have been trying to figure out myself how Konjo does it so naturally.” She has also said that Konjo has been checked regularly by her veterinarian and that walking on two paws is a rare condition for dogs, and it seems that the pup is doing it just for fun.

Julia added, “Konjo was a gift from a friend. She was so tiny when she was given to me weighing only 9 ounces at that time. She is very active though and would love to play. I have noticed that when she would build up speed whenever she was running, she would tend to run on only her front two legs.” 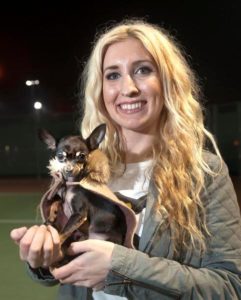 Julia then started training Konjo to run on two paws on command and was very happy about the result so far. She is confident that Konjo will be able to break the current record and she couldn’t be more proud.