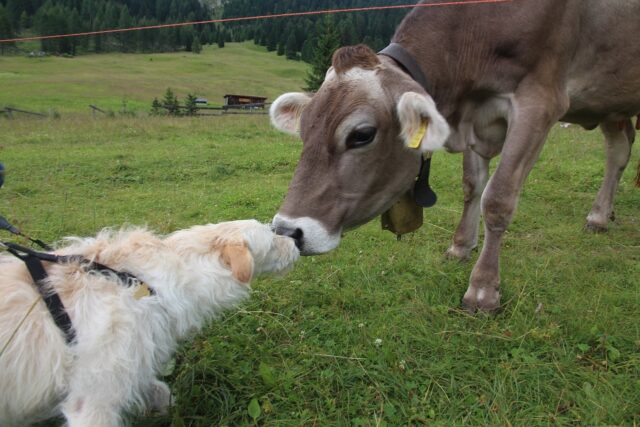 If making a friend meant meeting your soulmate, too, then there could be no other perfect proof of this than this failed herding dog and his disabled calf friend. You see, the moment the two were introduced, it was love at first sight, and their fur parents could not name a more ideal pair.

Genia Kay Meyer and her partner, Tim, initially adopted the herding dog, Bo, to help out in their farm in Peavine, Oklahoma. The pup’s main task was supposed to be rounding up the cattle to make Tim’s work easier. However, the pooch suffered from motion sickness and hated riding the truck, making their trips to the farm more complicated.

So instead of forcing the pooch to do his herding duties, the couple decided to let Bo stay in the house full-time. That became the perfect opportunity for him to take care of Genia’s newly adopted calf, Cupcake. 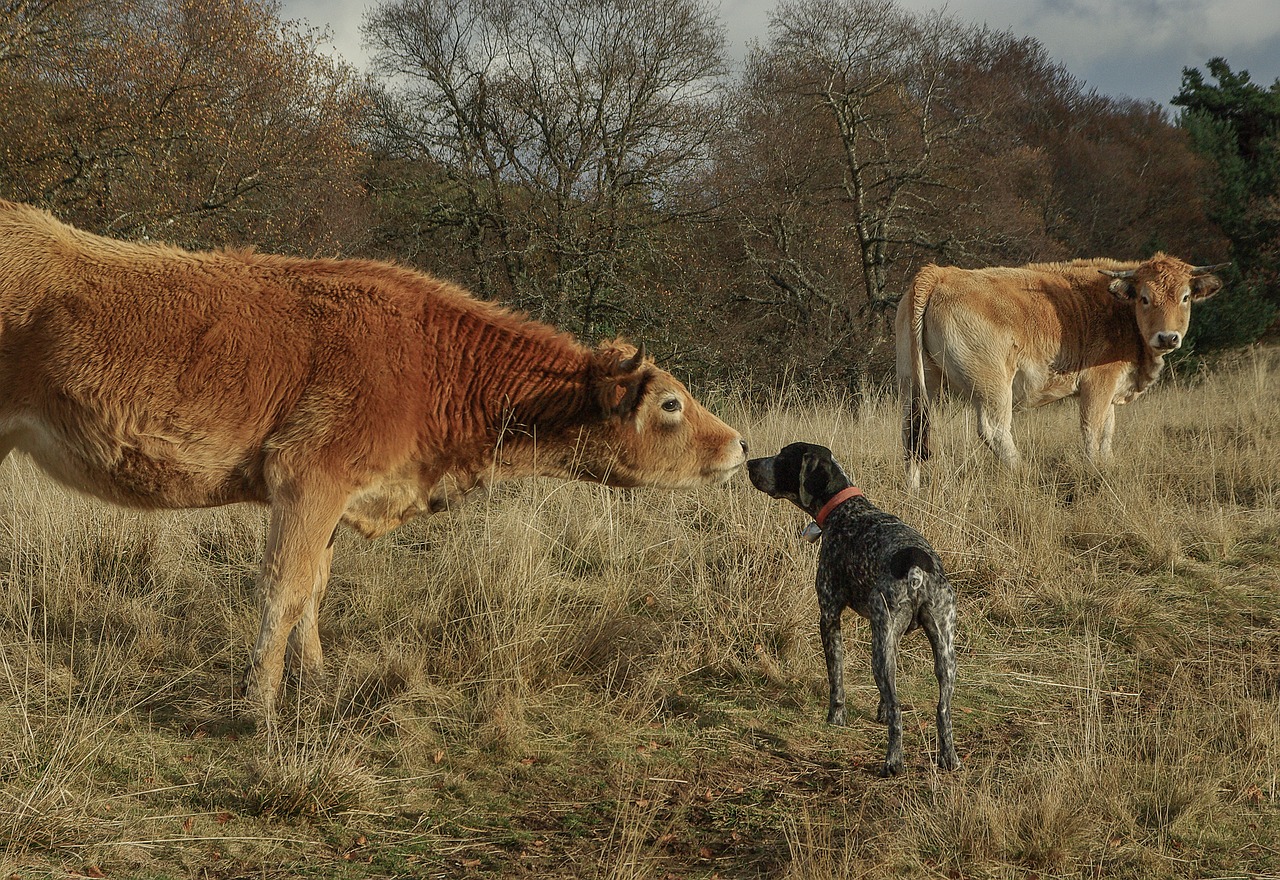 The baby cow was born with a congenital disability that made her crooked legs remain the same until she grew up. Since Bo’s fur parents had taken care of calves like her in the past, Cupcake’s previous owner thought that the couple could help her, too.

However, the moment Bo met the calf, it was apparent that he wanted to take over the couple’s duties. He immediately warmed up to the baby cow and laid beside her, as if keeping her safe. When Genia fed Cupcake a bottle of milk, Bo was quick to clean up the calf’s face and made sure to leave no trace of milk on her.

Over time, Bo and Cupcake’s friendship just grew stronger and stronger. Genia would often catch them hanging out in the yard and spending most of the day cuddled up in each other. Because of their adorable bond, the fur mom decided to share their story on the duo’s own Facebook page.

While it may be unknown whether Cupcake’s legs would return to normal, she knew that her best friend Bo would be with her every step of the way. Watch their heartwarming bonding here.

Cupcake stares him down. She was a hoot tonight.

An Unwanted Dog Eventually Became A Rescue Dog, Thanks To The Kindness of Strangers