Home Happy Dogs One Brave Guide Dog Led Her Owner And 30 Other People To... 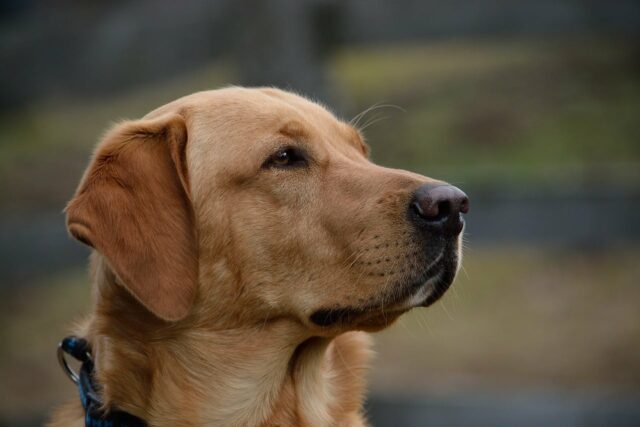 The terror attack that brought upon the destruction of the World Trade Centre and the famous Twin Towers was probably one of the scariest moments of many New Yorkers. And it was during this day that one brave guide dog made a difference by leading his blind owner and 30 other people to safety. 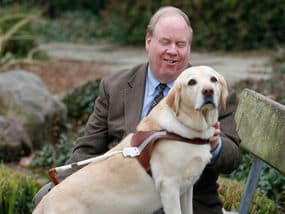 Before the attack, Michael Hingson, a blind businessman, and his guide dog Roselle were on Floor 78 of Tower 1. He and his colleagues were finalizing preparations for their upcoming seminars when Hingson heard a loud boom. After a few moments, the building started to shake violently and people inside were convinced that they were going to die.

There was chaos everywhere but Roselle just sat calmly next to her owner. And he trusted her so he knew that there was no need to panic and that he was going to be safe. So, he commanded her to move forward and she guided him through the debris and down the stairs. As they descended, more people followed them.

He carefully listened to Roselle and he also tried to stay calm because she would feel his anxiety. And if that happened, she would be more concerned about him than finding a way to get out.

They continued to go down the stairs and there was a lot of hysterical shouting. He also worried about what would happen if the lights suddenly went out. Panic would really set in and that wouldn’t be helpful. That was the time that it hit him that he and Roselle could lead these people safely out of the building.

He called out and told everyone not to worry. Although some people laughed at the idea of him and his dog leading the way, it did lighten the mood a bit. After what felt like so many hours, they finally arrived at the lobby where firefighters and FBI agents were assisting survivors.

And then suddenly he heard an officer shout to get away from the building. He picked Roselle up and ran as fast as he could. And then out of nowhere, he found himself engulfed in a cloud of sand. Roselle guided him through perfectly, not even stopping once.

Eventually, the two reached a subway station where they were finally safe.

Thanks to Roselle and her calm demeanor, Michael Hingson, and 30 other terrified people made it through almost 80 floors filled with fire and smoke. She definitely saved their lives.