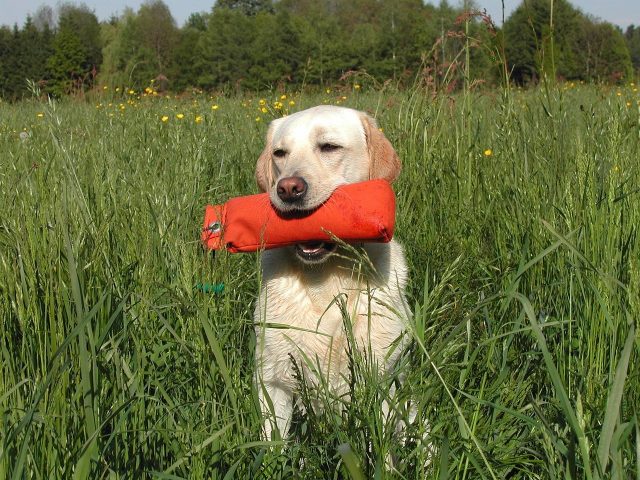 Dogs are usually wary of cats. These pups don’t like the feline species in their midst. They’d prefer to have their own spot where cats are not allowed.

Maybe these dogs are suspicious of cats’ sense of cool. After all, most dogs are goofy and excitable. They probably can’t wrap their head around how cats can act so calm and chill at all times.

That paranoia yields distrust. And distrust, in turn, becomes the reason why most dogs could not care less about their feline counterpart. But to every rule, there’s an exception.

The dog in our featured video is an exception. He likes cats. He likes cats so much he befriends the big ones, and by that, we mean cheetahs.

The dog in our video is a yellow labrador named Carlyle. Although he’s got a fancy name, Carlyle’s a cowboy of a dog. He’s not high maintenance at all.

In Africa, cheetahs are the enemies of dogs. Dogs are normally hired to guard livestock. That means they need to ward cheetahs away from whatever flock of animals they are trying to protect.

However, at the Columbus Zoo, all animals are friends. Or, at least, in the case of Carlyle and the cheetahs, they can be frenemies.

Being frenemies mean you can enjoy fun things together and still kind of hate each other’s guts. That’s the dynamic of Carlyle’s relationship with the Columbus Zoo cheetahs. He likes hanging out with them, but sometimes he feels they’re simply a handful.

It’s cute seeing a dog play with cheetahs. That’s not something you encounter every day. We hope next time we see a dog playing with, let’s say, a unicorn, but that would be wishful thinking.

Thanks to Love Nature