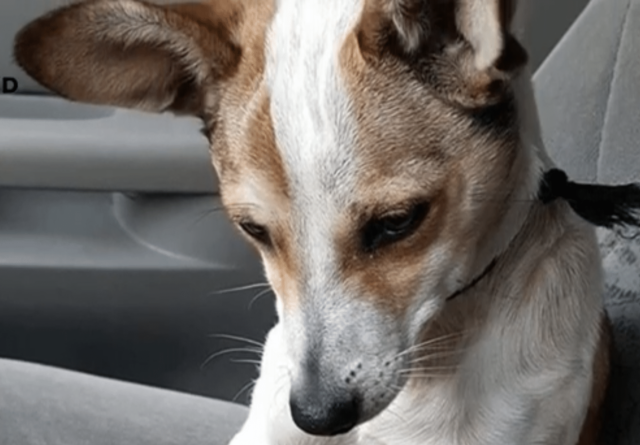 A dog can express its gratitude in many ways. These may include wagging its tail, letting out a soft whimper, or stretching out its paw. This one pup from Texas showed how grateful she was for her rescuer, Judy Obregon, by licking her on the cheek to say thank you for saving her.

The pooch was sadly abandoned by the side of the road near Fort Worth’s Echo Lake Park – a place infamously known to be the dumpsite for unwanted pups. Fortunately, Judy checked this site every day for dogs that needed saving.

Although Judy often found dead dogs at the site, this didn’t stop her from returning to the place with a determined heart. She knew that a dog was out there desperately needing help. This was enough to push her to never give up.

When Judy spotted a moving bag, she immediately stopped her car and opened the bag only to find a tied-up dog. Thankfully, the pooch was generally okay but she was limping around, so Judy had to bring her into the vet’s office to have her checked.

She noticed that the pup had a shoestring around her neck, and this was probably what the dog was trying to remove. Sadly, it injured the pooch in the process. This broke the heart of Judy who knew that the pup needed medical assistance immediately.

While they were in the car, the pooch had to show how grateful she was. So she let out a small lick on Judy’s cheek, showing her gratitude to her savior.

After arriving at the vet’s office, the first order of business was to get her treated for any injuries. Thankfully, she didn’t sustain anything serious, and had quite a large appetite! This was surprising because not many dogs who go through such an experience could be as happy as she was.

Now named Callie, the pooch was given a second shot at life and rests easy knowing that people still look after those in need.

Learn more about Callie’s story with this video.